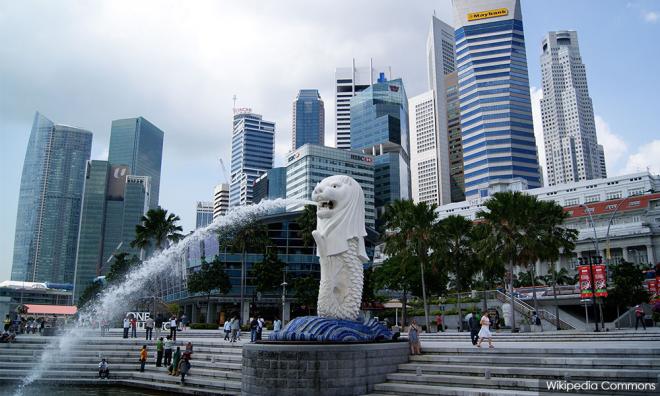 Economists have raised their forecasts for Singapore’s economic growth in 2018, as they upgraded their views on private consumption as well as wholesale and retail trade, a central bank survey showed on Wednesday.

Singapore’s gross domestic product is expected to grow 3.2 percent this year, according to the median forecast of 24 economists surveyed by the Monetary Authority of Singapore (MAS), up from the 3.0 percent median forecast in the previous MAS survey published in December.

That would be close to the upper end of the government’s forecast range. The Ministry of Trade and Industry has said that its central view is for GDP growth in 2018 to come in slightly above the middle of its forecast range of 1.5 to 3.5 percent.

Economists, however, raised their 2018 forecasts for some other categories. The median forecast for private consumption was increased to 3.1 percent growth from 2.2 percent. Wholesale and retail trade was seen rising 3.0 percent, up from the previous median forecast of 2.2 percent.

The central bank’s latest survey also showed that economists expect Singapore’s GDP to grow 3.8 percent year-on-year in the first quarter, up from the 3.4 percent median forecast in the previous survey.

Singapore’s advance estimate of first-quarter GDP and the central bank’s semiannual monetary policy decision, are both due to be released in April.

The Singapore government is expecting a moderation in economic growth this year, pressured by cooling shipments, after a global exports boom helped the city-state’s economy grow 3.6 percent in 2017, the largest expansion in three years.

The latest MAS survey showed that economists’ median forecast for core inflation in 2018 was unchanged at 1.6 percent. Economists’ expectations for full-year all-items CPI inflation was also steady at 1.0 percent.

The central bank’s forecast is for core inflation to stay in a range of 1-2 percent in 2018, while headline inflation is projected to be 0-1 percent this year.

Economists estimated the Singapore dollar will trade at S$1.29 per US dollar at the end of 2018. The previous median forecast was S$1.34.

The Singapore dollar was trading near S$1.31 per US dollar on Wednesday, having gained 2 percent so far in 2018.

Singapore’s central bank kept its exchange-rate based monetary policy steady in October but changed a reference to maintaining current settings for an extended period, a shift that analysts said created room for a tightening in 2018.