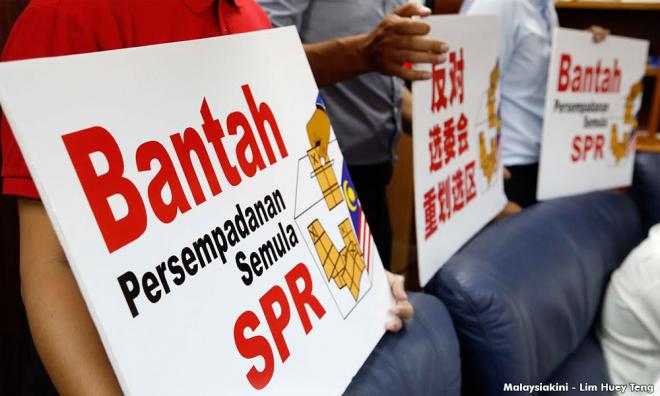 Bersih has called for the Election Commission's (EC) redelineation report distributed to MPs in Parliament yesterday to be withdrawn.

It said this was necessary as there were pending court cases over it which had yet to be resolved. The report is slated to be debated next Thursday.

"The EC has acted in bad faith against the Federal Constitution (in submitting the report) as the public inquiry process by voters in Selangor is not yet complete.

“Over 10,000 voters have filed an action through 107 representatives to compel the EC to hear their objections to the proposed re-delineation exercise. That case will be heard on Tuesday (March 27)," it said.

Furthermore, the Bersih steering committee said the Selangor government also has a judicial review bid on the redelineation exercise pending at the Court of Appeal.

"It is unconstitutional for the EC to submit a report to the prime minister before these court cases are heard," he said.

"We hope the High Court will hear the case by the107 objectors on its merit, without fear or favour, and also direct the EC to hold a public inquiry to hear their objections," it said.

The opposition and civil society have battled in court the EC's latest redelineation exercise which began last year and was completed with the submission of its report to the prime minister last week.

Opponents charge that the exercise is riddled with gerrymandering and malapportionment aimed at giving the ruling BN coalition an unfair advantage.

None of the lawsuits has been successful to date with the courts often ruling that the matter was under the purview of the legislature.