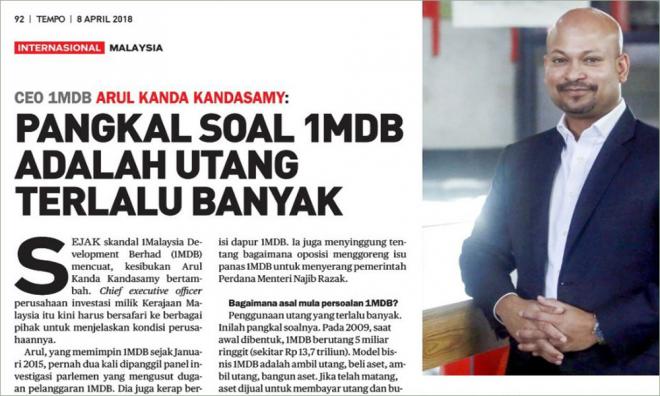 In an interview with Indonesia's news magazine Tempo, Arul Kanda reiterated that Low was a former adviser to 1MDB's predecessor, the Terengganu Investment Authority, and had left the company in May 2009 after holding the position for only one month.

Contrary to claims that Low had continued ties with 1MDB, Arul Kanda said the Penang-born businessperson had acted on behalf of PetroSaudi International during a September 2009 meeting, when the two companies were about to negotiate a joint venture deal...