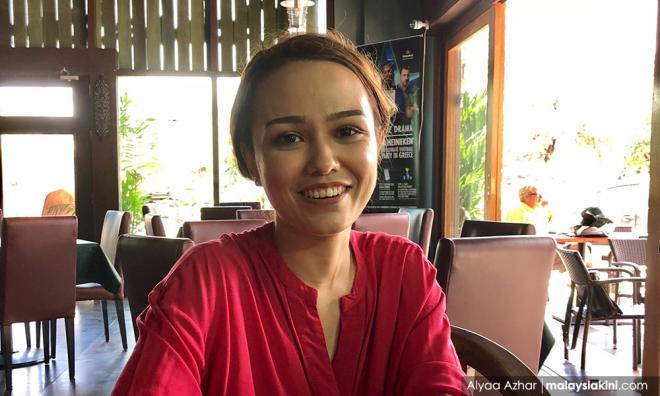 Warisan's 'pretty' Jo-Anna not using looks to fish for votes

CALONKINI | Some may already know Warisan's wirawati deputy chief Jo-Anna Sue Henley Rampas as a former Unduk Ngadau (harvest festival) beauty pageant queen or as the first runner-up of the Bintang RTM singing competition in 2009, or maybe even as a model during her university days.

But Rampas recently came under the spotlight following talk that she would be Warisan's candidate to take on incumbent Kiulu state representative Joniston Bangkuai, a former journalist.

Warisan has just announced that Rampas will indeed be fielded as the party’s candidate for Kiulu.

And many could not help but fawn over her looks. Just Google her name and the first article that comes out describes her as a "sexy, hot beauty queen".

Blessed with good looks, certainly, but this may also pose as a challenge for the 29-year-old to convince people that she is not just another pretty face.

In an interview with Malaysiakini, Rampas admitted that it was not wrong for her to say that she was indeed blessed with "these attributes"...