COMMENT | “Finally I feel like a Malaysian,” my uncle, born 55 years ago in Malaysia, tells me over the phone on Friday as he speeds back to his home in Petaling Jaya, just outside Kuala Lumpur. There is a calm, unhurried pride in his voice, of a victory realised, a victory assured, of a sentence and sentiment imagined countless times before, and now, at long last, finding expression.

In tow is a karaoke machine, over which other uncles and aunties and cousins and friends will fight, as they jump from English songs by the artist formerly known as Prince to the Malay ‘Andainya Aku Pergi Dulu’ and the Tagalog ‘Anak’, as they pick at dry meat curries and toast their new old prime minister whom they once cursed, as they pile up empty bottles of scotch and crushed packets of cigarettes, offerings to this technological marvel that spits out multilingual songs for the Malaysia-Truly-Asia multicultural society whose contours they can now, finally, envision.

Wasn’t the big party on Wednesday? No, Wednesday was for voting and waiting. Thursday was for recuperating and pinching oneself and hopscotching between WhatsApp groups and watching in amazement as a 92-year-old man exudes stamina and wit you forgot he had. Friday is when you realise that the sun has still risen and that you’ve taken back your country.

Taken back from whom?

In 2009, a year after that seminal election when Malaysia’s ruling coalition lost its two-thirds majority, I met an astute Indian Malaysian banker from Maybank. His worry was that some Umno politicians and Malay nationalists might interpret the shifting sands not as an opportunity to reform, but to ‘pukul habis’, literally beat till it’s gone, drain the Malaysian coffers of all they can. Their last chance in the sun.

Well, since then Najib Razak and his wife, Rosmah Mansor, have tried to steal the sun as well. ‘Pukul habis mati’, one might say. Though Malaysians have long tolerated corrupt, crony capitalists, there was something different about the magnitude, the brazenness, the sheer ‘f’-you-all attitude of Najib’s graft.

Previous Umno leaders, even if they were wilfully ignorant of corruption in their stables, and even if they padded the pockets of a million Umno delegates, keeping patronage politics going, they all had two attributes: they never appeared to be enriching themselves personally in a decadent way; and they always seemed to have the country’s best interests at heart, no matter how sloppy - or sleepy - they were.

Najib’s 1MDB transgressions, beamed across the world from London and New York to Singapore, embarrassed Malaysians. They were made to look like the foolish, meek flock of an untouchable shepherd. New stories of Najib flirting with Saudis and his stepson flirting in Hollywood simply piled on to the old stories of submarines and a Mongolian lover blown to bits with C4 explosives. 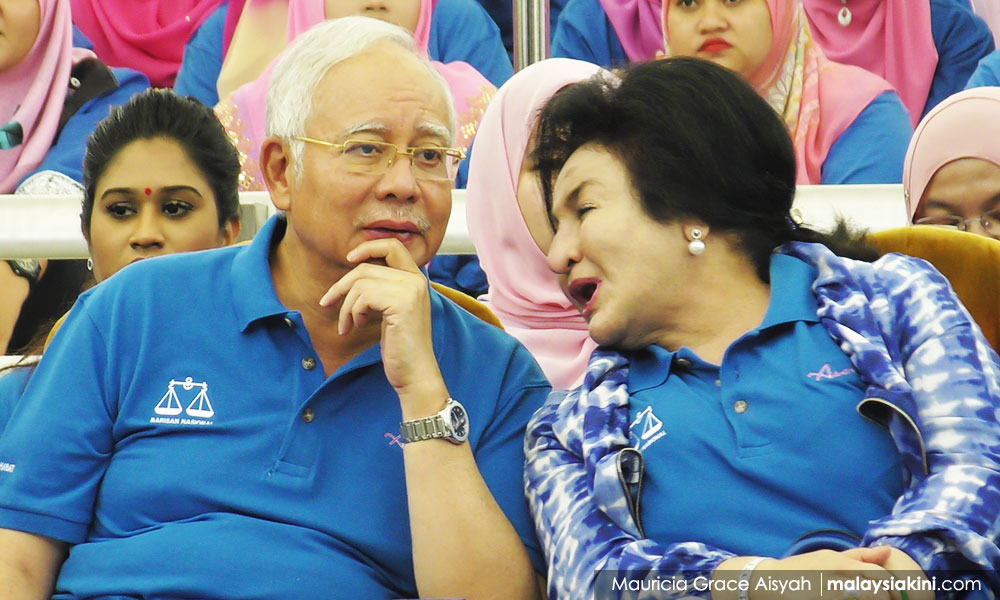 Najib was losing his capacity to shock; we were all in danger of becoming desensitised to a devil.

Meanwhile, if even half the stories about her are true, Rosmah makes Imelda Marcos look like a sadhu; and Winnie Mandela look like a spineless pooch.

You’ve taken back your country. Now what? Nobody seems quite sure...