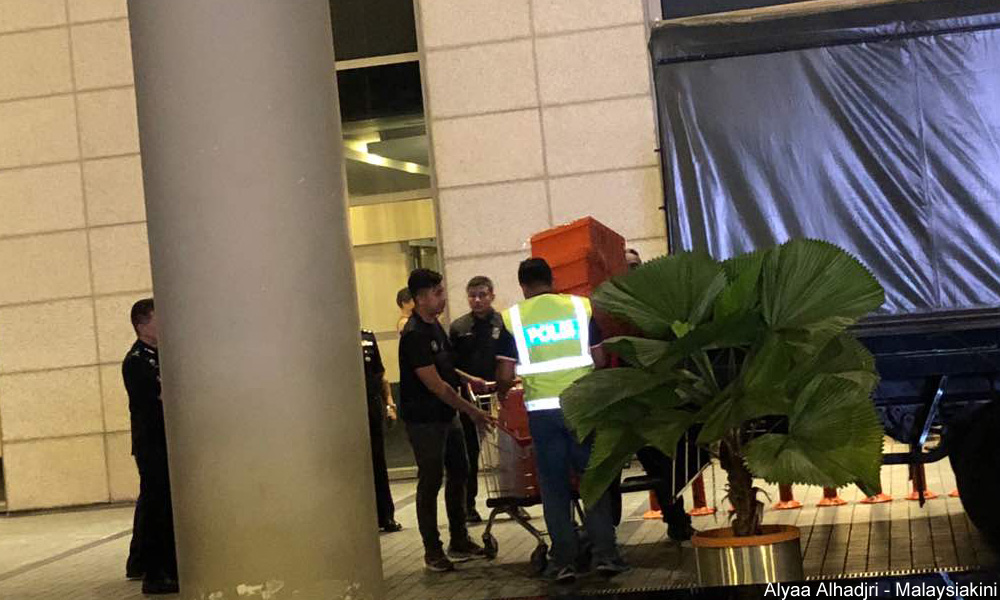 As police search at Najib Abdul Razak's house in Taman Duta enters a second night, another raid took place tonight at a luxury condominium linked to the former premier in Jalan Raja Chulan.

According to Astro Awani, police have seized an undisclosed amount of money and jewellery from the said property.

The report said that a police officer came down from the condominium unit about 10.56pm, with several items, including a money counting machine.

Amar Singh is also believed to be in the condominium unit and is expected to hold a press conference shortly.

He was earlier quoted confirming to Bernama that a raid was being conducted at the condominium, saying any further progress will be updated later.

Najib is being investigated for alleged involvement in the 1MDB scandal.

He has denied any wrongdoing.

Police: Our motive is not to harass anyone in 1MDB probe