The 10 things Malaysians must remember

COMMENT | Kudos to the voters who ousted the Najib government and ended the Malaysian police state. Again, the pollsters and political pundits got it wrong. But the true believers did not waver in their conviction that change was nigh and the rule of the kleptocrats would end. In my last article before GE14, I wrote contrary to the prediction of a BN win.

Rafizi Ramli and Invoke were steadfast in their conviction of winning based on their painstaking research. He is among the new breed of technocrat-leaders needed to govern the country. His voice must be heard. I trust the new government will find him some major role to play. And all the spurious charges against him, even the revealing of official secrets, should be quashed. The circumstances were exceptional.

Lest we forget, there are many unsung heroes whose roles and contributions began decades ago even during the Mahathir years. Malaysiakini was pivotal in creating a media culture of truth. Others emulated. Social media was rife with patriots - ordinary citizens, both at home and abroad - who boldly and openly criticised the kleptocrats.

Sarawak Report’s Clare Rewcastle Brown deserves special mention for exposing the sins of Taib Mahmud and Najib Razak. Malaysiakini columnist Sydneysider Dean Johns was incomparable and unprecedented in his verbal assault on the kleptocrats. Mariam Mokhtar was incisive and straight to the point in exposing the wrongdoings.

The American Malaysian surgeon, M Bakri Musa, proved the truth never hurt a good cause. KJ John wrote without fear or favour. Haris Ibrahim garnered support for a people’s government. Patrick Teoh lent his voice to the cause. Still, there are many unnamed and unsung heroes, including ordinary citizens who were always there to resist the tyrant. They made change possible.

The saying those who don’t learn from history are wont to repeat it applies to the Pakatan Harapan coalition that has won GE14. Its electoral victory has made history. Many call it a miracle. There is regime change without the violence and bloodshed seen in other countries.

In its attainment of political power, Harapan must never forget the lessons from history. History teaches us many things about the rise and fall of leaders and political parties. Governments are led by fallible people and no one is immune from the temptations of power that cause many to commit wrongdoings once used to power.

Never again must the nation undergo the pains of the past when governance was autocratic. And dissent attracted a spurious charge. The government became corrupt and corrupted every public institution. The Najib government proved the worst. 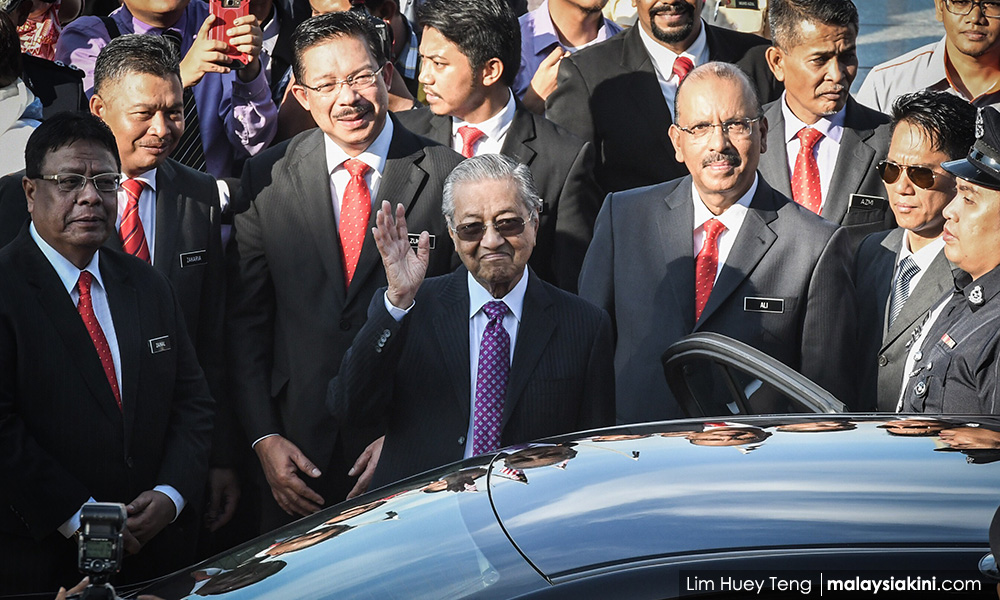 The nation owes a debt to incumbent PM Dr Mahathir Mohamad for his role in ousting Najib. Yet history reminds us that Mahathir’s 22 years in power, albeit the economic dynamism, did leave a bad taste in many people’s mouths. He, too, was accused of running a Machiavellian state after Operation Lalang.

History now allows him the opportunity to undo his past legacy. A leader for good not evil must now be Mahathir’s legacy. And the nation stands behind and alongside him. The nation wants Mahathir to succeed.

That said, there are 10 things Malaysians must not forget...