This article first appeared in Splice.

INTERVIEW | Malaysiakini was born in 1999, in the crucible of the Reformasi movement that sprung up in the wake of the arrest and imprisonment of then-deputy prime minister Anwar Ibrahim.

Steven Gan and Premesh Chandran started the online news portal to give Malaysians an unvarnished view of what was happening in the country - the kind people were unable to get from the government-controlled mass media newspapers and TV stations at the time.

The little outlet is now one of Asia’s most influential news sites. But the journey has been perilous. In its two decades of operations, Malaysiakini has been raided by police numerous times, dragged to court and most recently faced the threat of seeing its founders incarcerated for their work.

Yet, it has also won numerous awards for its journalism and has a special place in the hearts of Malaysians the world over. More than 17 million people used the site to track the Malaysian election results on May 9 and a multitude more followed along on social media. Anwar Ibrahim, on his release from prison on May 16 after obtaining a royal pardon, specifically thanked Malaysiakini for its work and its journalism.

I spoke to CEO Premesh Chandran to find out more about the Malaysiakini journey - and what comes after this remarkable chapter in its life.

What was the genesis of Malaysiakini?

Steven and I used to work at The Sun, and before that we were student activists. We often talked about how independent and free media propels a country forward, and we felt that independent media in Malaysia was the weak link. 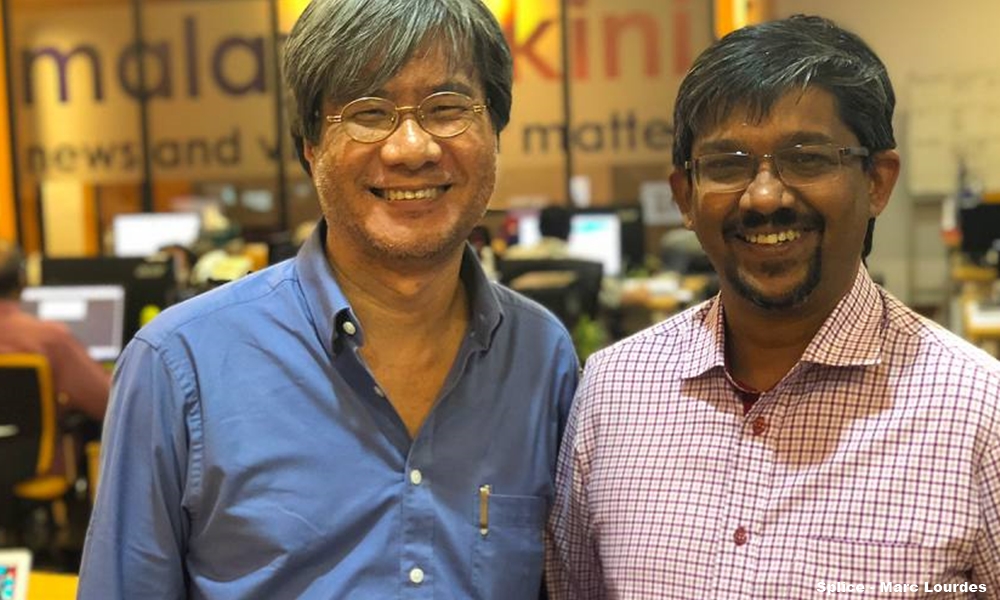 After Anwar Ibrahim was arrested in September 1998, a lot of people approached us, suggesting we start up an underground newspaper. So then I said, “Look, the internet is coming in and the government has already promised not to censor the internet. I think an online thing would work.”

This was very early days - think dial-up modems - and at the time most of the websites were just blogs.

In the 20 years you’ve been around, you’ve seen a lot of competition come and go. Yet, Malaysiakini has consistently been number one, and consistently the most trusted site in the country. Why is that?

We moved first and developed a large following very early on. And we were in multiple languages.

We really tried to run it professionally, and slowly, over time, we’ve been able to build up linkages and support across the political divide. After the 2008 elections [in which the opposition made unprecedented gains], we also reported very independently on the state governments run by the opposition.

I think we built up our brand very strongly over the years. And in 2002, we decided to go subscription. That was pivotal.

At the time, advertising was clearly not working out. So we had a choice to either go subscription or basically close down.

Nobody thought it would work but we decided to try it anyway. The idea there was: Who really wants Malaysiakini to survive? We felt our readers were our strongest backers. They would be the ones saying, “Here, I will support you.”

It was a tough route - not many people were using credit cards in those days, there was no such thing as PayPal, no subscription systems around.

So how did you make it work?

We did things like create our own prepaid cards. In those days, even prepaid cards were a rarity. And just a lot of marketing, getting the word out. A lot of people were paying in cash, paying in cheques, and we were figuring things out as we went along.

I think not having a print product helped us because when you have a print newspaper, your focus is on that and online is a stepchild. So I think because we were only digital, that helped us focus only on digital and become really good at digital.

People talk a lot about the Malaysiakini commitment to good journalism, but the technology part of your business is very underrated. Tell us a little bit about that.

We’ve been investing in technology since 2001. Because we started very early, there were not a lot of systems we could buy. If we started today, it may not make much sense to build lots of our own technology - we could just get whatever is there. 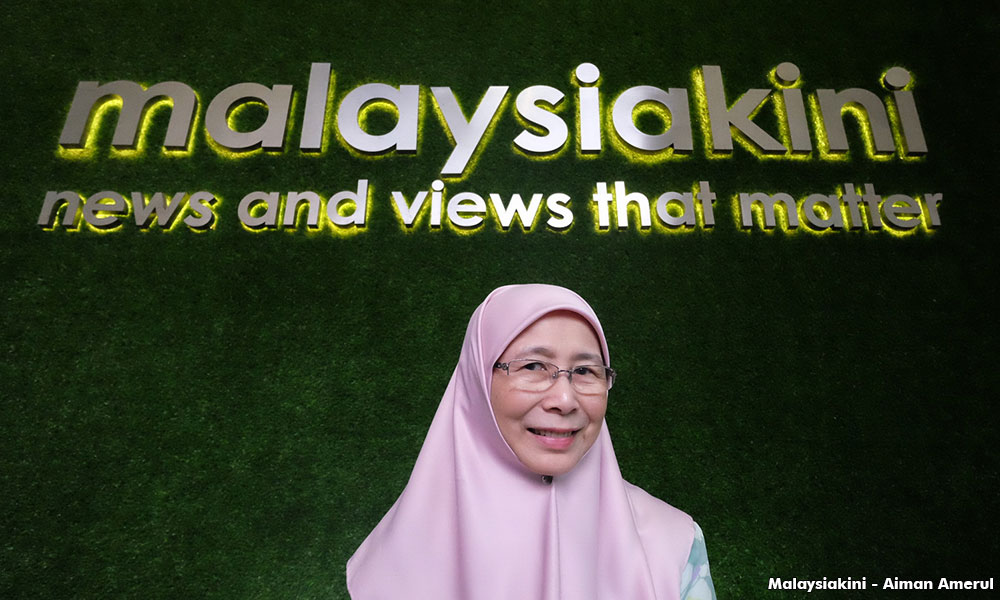 But because there was nothing there back then, we had to build a lot of our technology ourselves. So we’ve invested in our CMS, subscription system, advertising - now we work with Google - we’ve got our own HR system, CRM. We’ve done everything ourselves.

You were also an early mover into video, having spun out KiniTV a few years ago. What was the thinking behind that?

We actually launched it in 2006 and it was first called MalaysiakiniTV. At that time YouTube had just started, and the government promised broadband connections.

We felt video would be a way to really allow more people to connect. But the first three to four years were very disappointing. Broadband took a really long time to come in, people couldn’t really watch without buffering, and the cost of equipment was high.

It was only much later, around 2012 and 2013 when mobile phones became much cheaper and bandwidth costs came down, that you could see a huge jump in people watching video online. I think we were a bit too early on that and because of that we were not able to generate much revenue so we kept it small - only about three to five people.

But some of the videos we did were very important. We broadcast a series of three to four public rallies in 2007 and 2008 [Hindraf, Bersih, Bar Council]. A lot of those videos got pirated on to CDs and distributed. It was great marketing for us.

Did Malaysiakini find it hard to attract advertisers because of what it was?

That’s been true from day one. Advertisers found it difficult to advertise because we are very political, we ask tough questions, the government attacks us a lot.

Our advertising team would put up a proposal and we wouldn’t be able to get the ad dollar.

So, we did earn ad money but if you look at our earnings per reader, it was much lower than what the mainstream guys were earning, even though we had a large audience.

What we’ve always done at Malaysiakini is keep our costs very low. Even top management here don't earn as much.

With the new government in place, do you see the ad market changing for you? Will it be easier for you to operate and do business?

I think it will be definitely much easier; I think we will be getting more [advertising] campaigns. 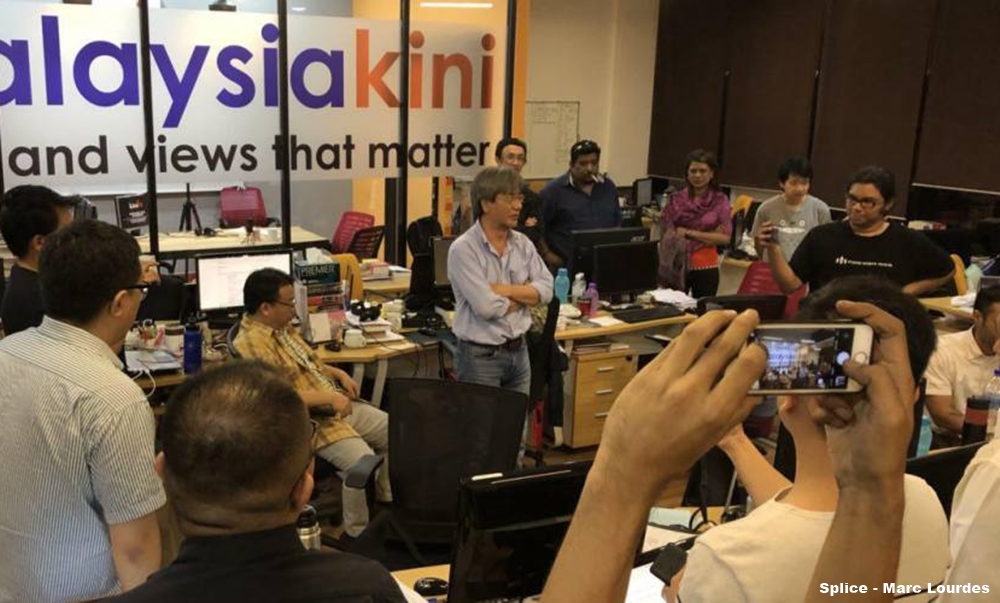 Malaysiakini editor-in-chief Steven Gan gives a speech in the Malaysiakini newsroom at about 4am on May 10. The team had just finished a marathon day at work that culminated in the biggest story of its existence - the 14th Malaysian general elections, which saw the BN government ousted after 61 years of rule. (Photo: Marc Lourdes)

As things stand today, what’s the percentage of your revenue split between advertising and subscriptions?

Last year, it was 70% ads and 30% subscriptions. Subscriptions have taken a bit of a hit; it used to be much more but has gone down a little bit.

Malaysiakini has been fundamental to the first time we’ve had a change in government in Malaysia. What does this mean for your sense of achievement and purpose?

In many cases, people work very, very hard but don’t live to see the day. But to actually see it is very exhilarating and euphoric, almost surreal.

What comes next for Malaysiakini?

The political and regulatory environment will be easier to handle; there’ll be less business obstacles to us and we can go into more areas.

But the media field will be much more competitive. With any country in post-transition, we see this bloom of media. Every Tom, Dick and Harry wants to set up a news website or TV station. So I think the field is going to get really crowded.

And I’ve also seen in many countries, there’s a honeymoon period - but it only lasts six to 12 months. We will obviously be reporting critically of the government. And then the honeymoon will be over. We’re not under the illusion that we are going to be the golden boys forever.

Do you have plans for growing beyond Malaysia?

We’ve always talked about Malaysia as being possibly a very interesting intellectual hub for both Southeast Asia and for Asia.

We are a melting pot, we have different languages here, different ethnic groups, different religions. We speak English, so we can be connected to the Western world.

It’s a very fertile place for ideas and engagement, but has always been held back by a government that’s less than democratic. So, with those obstacles removed, we can see a lot of intellectual discussions happening, not only about how Malaysia should be in the future but how Asia should be.

So, I think there is a possibility we can position Malaysia as kind of an intellectual centre and media centre for Asia. And maybe Malaysiakini has a role in that space.

What are the most useful lessons you’ve learned over the past 19 years?

One is to be consistent. We don’t hold grudges. Mahathir [Mohamad, in his first stint as prime minister] tried to shut us down. But when he left and his voice was being silenced by his successor [Abdullah Ahmad Badawi], we gave him space because his views were important. So we’re very consistent with our mission - that’s one key thing. 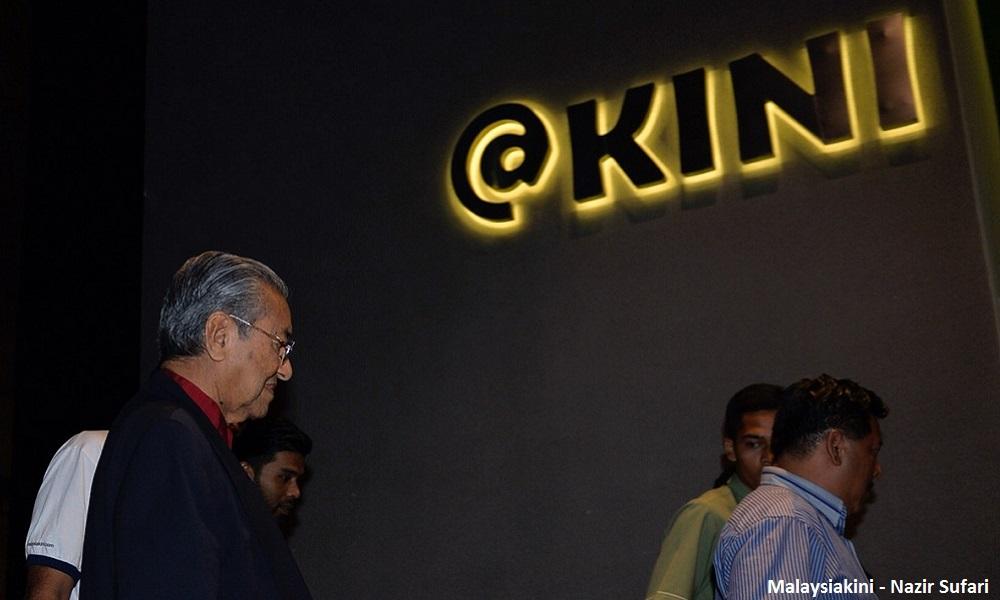 The decision to rely on our readers and on subscription in hindsight was a good move. But we have also kept the Malay language site free, so it reaches a wide audience. So although we are talking about subscriptions, we aren’t dogmatic about it. We’re not saying that’s the only way forward.

Another good lesson is that Steven and I have this division: he looks after editorial and I look after the business. It’s very often that online media is started by journalists and editors, and they are really gung-ho about [doing] the best journalism in the world.

So I think that a key lesson would be that if you want to be successful in media, you need a good editor, you need a good technology lead - that’s really key - and you need someone looking at revenues, whether it’s advertising or subscription.

These three key aspects you can’t do without. Too many companies fail because it’s unbalanced.

MARC LOURDES is a Malaysian journalist and editor, and is among Asia’s leading experts on digital news media operations. Until recently, he was CNN’s digital director for Asia Pacific. Follow Marc Lourdes on Twitter.