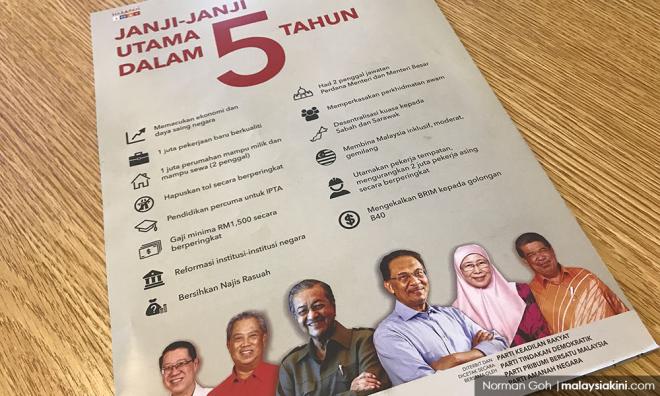 Harapan possibly straying from manifesto in naming Thomas as AG

The Pakatan Harapan government could be deviating from its pre-election manifesto yet again by naming veteran lawyer Tommy Thomas as its choice for attorney-general (AG).

Promise 15 of its manifesto reads, "The attorney general shall be appointed from amongst the qualified members of parliament, and he would become a minister who can continue the role as chief legal advisor to the government."