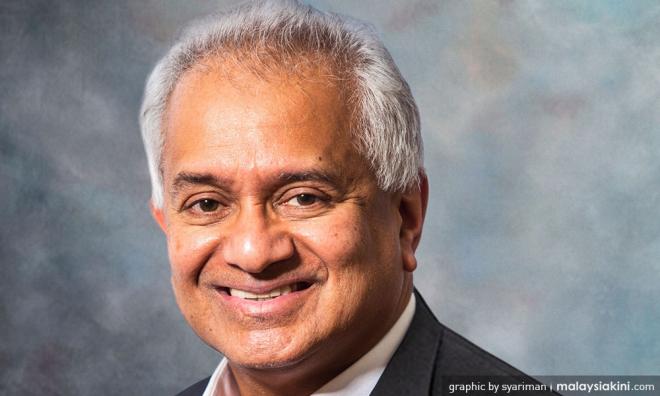 Yang di-Pertuan Agong Sultan Muhammad V has given his consent to the appointment of Tommy Thomas as the new attorney-general.

Comptroller of the Royal Household Wan Ahmad Dahlan Abdul Aziz said His Majesty had, on the advice of Prime Minister Dr Mahathir Mohamad, given his consent to the appointment according to Article 145(1) of the Federal Constitution.

“The Yang di-Pertuan Agong also called on all Malaysians to accept that the appointment of the attorney-general should not create religious or racial conflict as every Malaysian should be fairly treated regardless of race and religion,” he said.

In a statement dated June 4 and issued by Istana Negara to Bernama early this morning, Wan Ahmad said the appointment would continue to preserve the special rights and privileges of the Malays and bumiputeras, as well as the status of Islam as the federal religion.

“After taking into account the opinions of the Malay rulers on (i) the appointment of attorney-general, (ii) the rights of bumiputeras and (iii) the roles of the Council of Rulers as stated under Article 153 of the Federal Constitution, the Yang di-Pertuan Agong also consented to Apandi Ali’s termination of service as attorney-general by the federal government,” he said.

Wan Ahmad also said the Agong had expressed his disappointment and worry about inaccurate and negative media reports of late which could threaten peace and harmony in the country.

“His Majesty said that he has an obligation to uphold the Federal Constitution and preserve the special rights of the Malays and bumiputeras, as well as to protect Islam,” he added.

In an immediate reaction, Apandi congratulated Thomas over his appointment as AG.

"Congratulations to Tommy (Thomas) and all the best to him in discharging his new duties as the AG," he told The Star in a text message this morning. 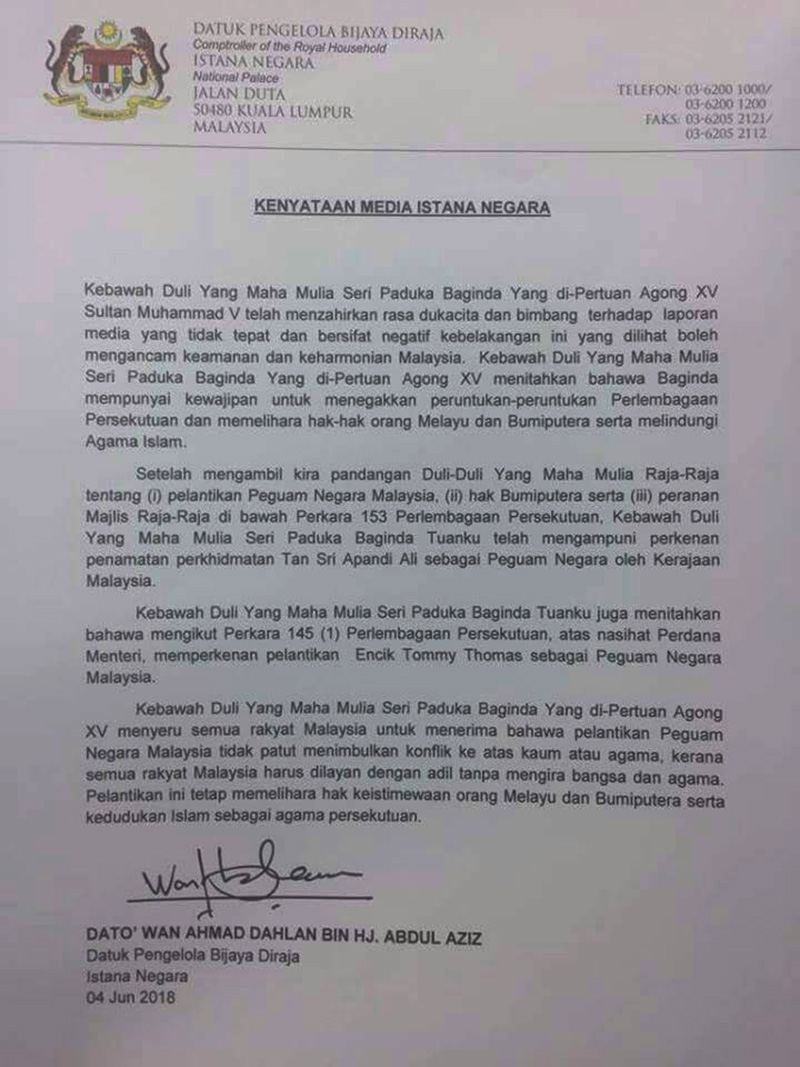