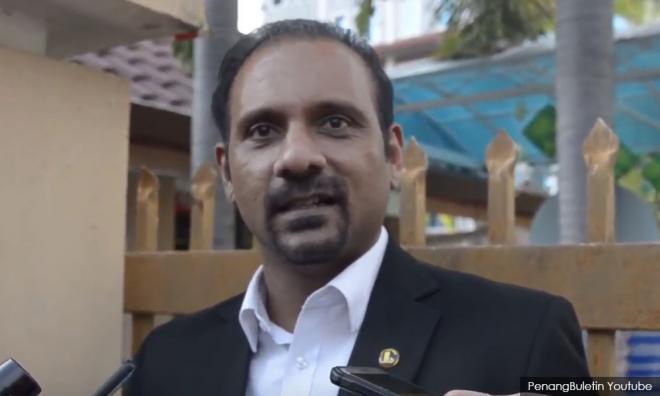 DAP MP worried Daim may cause perception of judicial interference

DAP's Bukit Gelugor MP Ramkarpal Singh said he is concerned that a purported meeting between Daim Zainuddin, a member of the Council of Eminent Persons, and the country's top judges to ask them to resign may give rise to the perception of judicial interference.

He said this in reference to former federal court judge Gopal Sri Ram who claimed Chief Justice Md Raus Sharif and Court of Appeal president Zulkefli Ahmad Makinudin were told to resign when meeting Daim at his office.

"Such an action by Daim, if true, cannot be condoned and I am in agreement with Sri Ram that Daim ought not to interfere in such matters as he has absolutely no standing to do so.

"The perception that there might be meddling (particularly from parties seen to be close to the government) in the appointment or removal of the CJ and PCA must be avoided at all costs and Daim should know better than to get involved in it (assuming the claim by Sri Ram is true) which may well give rise to such perception," Ramparkal said in a statement today.

Ramkarpal, a lawyer, said he too believed that the appointment of Md Raus and Zulkefli were unconstitutional but stressed that their removal must be in accordance with the rule of law.

"I have always been of the view that the appointments of Raus and Zulkefli as
the chief justice and Court of Appeal president respectively are unconstitutional and have offered my reasons for this in the past and do not wish to repeat the same here.

"However, the removal of Raus and Zulkefli must be in accordance with the rule of law and Daim’s involvement in this (if true) is certainly contrary to the said rule of law," he said.

Ramparkal pointed out that the challenge against Raus and Zaulkefli's appointments is already pending in the Federal Court.

"The Federal Court should fix a date for decision of the same as soon as possible in light of the fact that the matter is quite obviously one of urgency which needs to be resolved quickly in the interests of justice," he said.

Last year, Raus and Zulkefli were appointed as additional judges in order to stay on as Chief Justice and Court of Appeal president.

The "additional judge" route was seen as an attempt to bypass the 66 years and six months age limit for the position of chief justice and Court of Appeal president.

Their appointments were pursuant to Article 122(1A) of the Federal Constitution.

Article 122(1A) states that "Notwithstanding anything in this constitution contained, the Yang di-Pertuan Agong acting on the advice of the chief justice of the Federal Court may appoint for such purposes or for such period of time as he may specify any person who has held high judicial office in Malaysia to be an additional judge of the Federal Court, provided that no such additional judge shall be ineligible to hold office by reason of having attained the age of 66 years".

Prior to these appointments, former chief justice Abdul Hamid Mohamad had opined that Article 122(1A) cannot be a backdoor to extend the tenure of the chief justice.