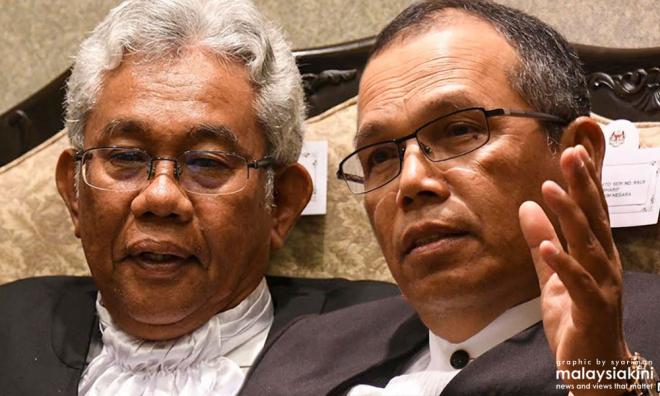 According to a press statement by the chief registrar of the Federal Court, the top two judges submitted their resignation letters to the Yang di-Pertuan Agong on June 7.

Their resignations will take effect on July 31.

"The justices have informed the prime minister that their resignations can only take effect at a date that is deemed reasonable to ensure all their duties are completed," the chief registrar said.

The palace had accepted the resignations on June 8 and corresponded to the judges of the decision on Monday.

The two top judges met Prime Minister Dr Mahathir Mohamad on May 15 and conveyed their wishes to quit.

In July 2017, the Prime Minister's Office announced the extension of the terms of  Raus and Zulkefli for a period of three and two years respectively.

The extension of service, which courted much controversy, came ahead of their mandatory retirement last year.

Top judges are required to retire after attaining the age of 66 and six months.

However, Article 122(1A) of the Federal Constitution provides for additional judges, which does not have an age limit.

Hamid opined that Article 122(1A) cannot be a backdoor to extend the tenure of the chief justice.

Several quarters, including Mahathir, the Bar Council and Amanah had challenged the appointments in court.