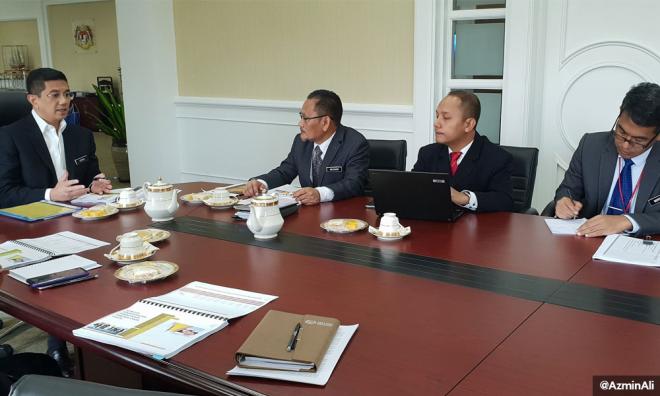 Economic Affairs Minister Mohamed Azmin Ali today told the Federal Land Development Authority (Felda), which is currently embroiled in scandals, that "it needs an external forensic audit to get the bottom of this".

“I was briefed this morning by Felda Director-General Datuk Ab. Ghani bin Mohd Ali on Felda's management and financial status,” he tweeted with a picture of the meeting.

This was followed by another tweet:"Azmin to Felda: Meet the highest standards of governance and best practices. We need an external forensic audit to get to the bottom of this".

It was reported, on Dec 21, 2017 that Felda was at risk of losing its rights to strategic land along Jalan Semarak, estimated to be worth RM200 million, as a result of four allegedly dubious sale and purchase transactions.

The land transfer was believed to have occurred when Felda Investment Corporation Sdn Bhd gave full power of attorney to a local company, which was appointed the main developer of the land on June 3, 2014.

In March 2018, Felda regained possession of all the 16 lots of land along Jalan Semarak.

The MACC was investigating Felda's purchase of hotels in the UK and Kuching, Sarawak, allegedly at inflated prices.