MP SPEAKS | Five ministries. Two Malaysia National Plans. More than RM10 billion spent in a span of three years, from 2015 to 2017. And where is Technical and Vocational Education and Training (TVET) now? Plagued by stories of thousands of stranded, unqualified youths, awaiting placement and promise of a better future.

Regardless of the state of affairs, everyone who cares about Malaysia’s future should support TVET as a means to empower Malaysia’s young – in line with our upcoming embrace of Industrial Revolution 4.0.

On Thursday, Education Minister Maszlee Malik announced my pro-bono-related appointment as the head of the national task force on reforming our country’s TVET programme.

Today, the head of National Union of the Teaching Profession (NUTP) decides it was a non-starter, considering the mammoth powers required to structurally reform our TVET sector.

NUTP is certainly not wrong in raising concern on the viability of action pertaining to the Pandora’s box-filled TVET.

I recall a conversation with the Youth and Sports Ministry secretary-general Lokman Hakim Ali, who, filled with excitement, planned for our Institut Kemahiran Belia Negara (IKBN) to adopt Industrial Revolution 4.0 (IR 4.0) as part of its curriculum.

Clearly, to bear fruition, the new government would have to continue with worthier initiatives of its predecessor - transparently, accountably and efficiently.

To succeed, we need all quarters onboard. This is our Malaysia. It requires all of us to make anything work.

Reforming TVET requires us to think bigger than just courses and institutions.

At its very heart, while we accept the fact that people come with different talents in this world, we have a system that only measures and rewards one, academic talent.

And students who don’t make the cut are thrown into a barrel we now call the TVET system. 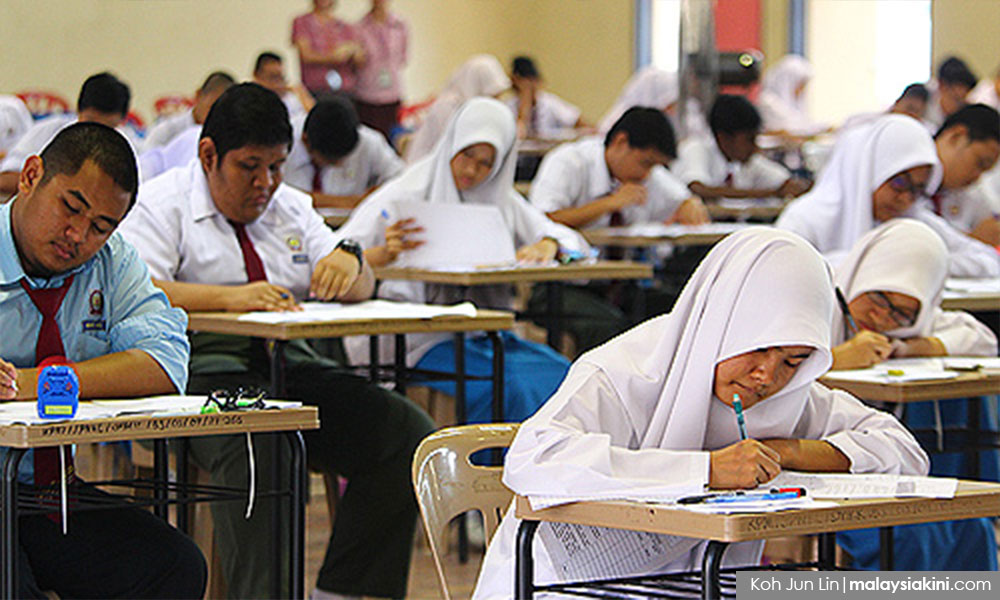 This is a systemic problem. And we should treat it as such.

Few would dispute the necessity of TVET in a modern economy; through formal and informal learning, TVET seeks to train and equip individuals with technical skills for the purposes of employment within certain industries.

While conventional education obtained through completion of university remains relevant, the incorporation of TVET as a mainstream option is of equal importance for young Malaysians seeking technical expertise for the working world.

TVET is also effective for developing a sustainable, inclusive and socially equitable society and thus should be central to plans for educational reform in Malaysia.

Although TVET has existed in various forms since the 10th and 11th Malaysia Plan, the reality is these efforts have been seriously disjointed in their implementation and are in dire need of thorough structural reforms.

TVET has almost been an afterthought, with incoherent policies often in conflict with each other.

Current TVET efforts, for example, are supply driven which sees individuals trained in certain skills first prior to any work placement, leading to a severe mismatch of skills and industry.

Elsewhere, funding is usually wholly dependent on the government, a dependency which suggests a lack of focus on TVET should funds begin to dry up, as vocational training has not been a priority of the government in the past.

Certification to this point has been optional for both individuals seeking work and businesses, which has led to a lack of standards in employment.

Trainers involve in TVET have also lacked the quality required for those in their office, lacking clear industry expertise while usually poorly-trained themselves.

Additionally, synchronisation with tertiary education has been found wanting, making it difficult for those with TVET skills and certification to pursue university degrees and higher learning.

Revamping TVET has always been a key goal for Pakatan Harapan, included in the manifesto where we have promised to develop technical and vocational schools to be on par with other streams making it a viable option or alternative to all.

This includes setting up a full-board TVET school for outstanding students from all walks of life enabling greater access to opportunity for Malaysians. 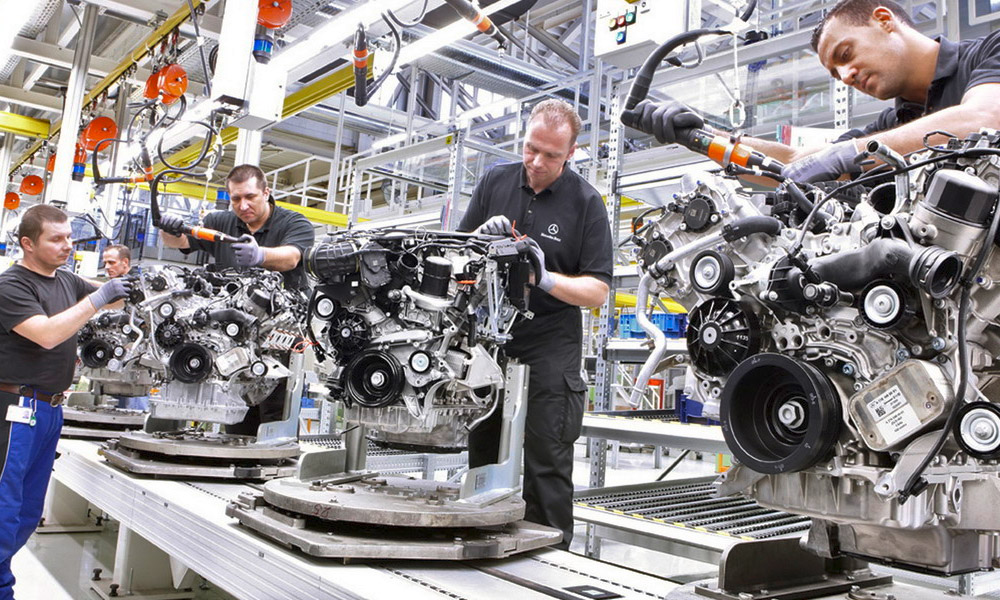 Alongside these manifesto promises, a significant overhaul is needed for TVET implementation both in the long and short-term especially if we hope to make significant progress before by year end.

We should look to adopt international best practices as has begun in Penang with the implementation of the German Dual Vocational Training (GDVT).

This scheme offers financial incentives to companies that offer industrial training and/or internships to TVET students.

This is reflective of a demand-based approach, where industries are committed to offering apprenticeships based on their own requirements and TVET institutions meeting that demand.

This helps to ensure individuals are equipped with relevant skills and assured to a strong degree of employment, representing an efficient outcome for everyone involved.

Industries and chambers should lead the way as they are best positioned to know the needs of the economy, supported by federal and state governments.

Reducing the dependence on the government for both financial and institutional support compliments an industry-driven approach with the state providing assistance as necessary.

Policy reform is thus the best approach for government, creating favourable conditions for TVET institutions and providing incentives to both trainers and trainees while ensuring coordination between industries and training centres.

With proper oversight, coordinated by the Department of Skills Development under the Ministry of Human Resources, work will be done to ensure proper certification at all levels of both training and business.

Where certification was previously optional, it should now be made mandatory in order for those with TVET training to find employment as well as for businesses to be eligible to hire TVET graduates.

Such standardisation of qualifications is long overdue if we want to treat TVET with the same seriousness and respect accorded to tertiary education.

Alongside this is better integration and crossovers with academic pathways to provide more opportunities for those who wish to further their formal education to enhance themselves as individuals or change their career entirely.

At present, a lack of integration and accreditation prevents TVET graduates from qualifying from degree programmes at universities. 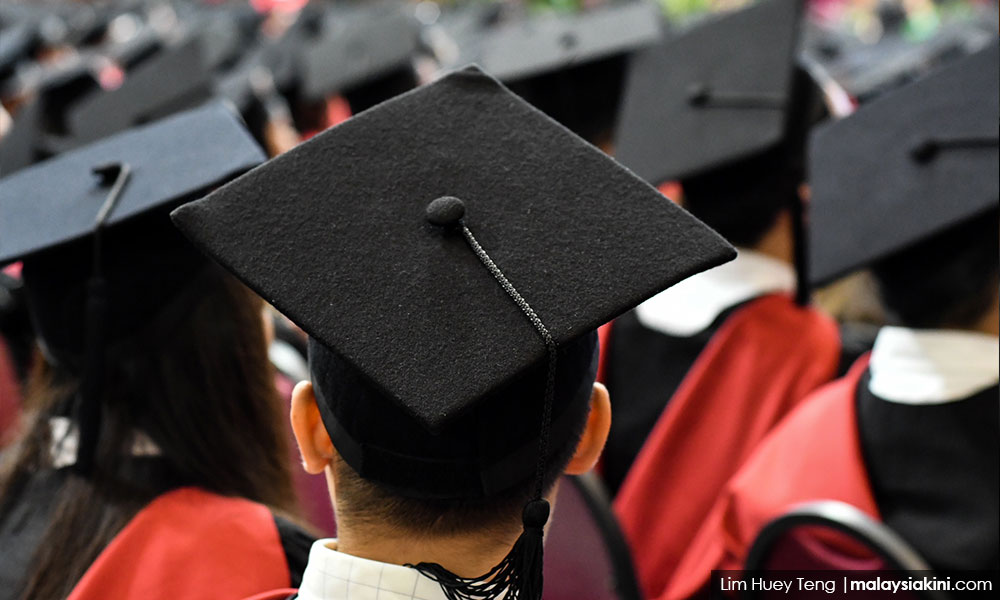 The Penang state government has sought to address this by introducing short-term measures aimed at providing accreditation, measures that can further be improved with concerted federal support.

These policy suggestions barely scratch the surface of the potential of TVET, one that can be harnessed to the total benefit of Malaysia and Malaysians through an inclusive approach and better engagement with all stakeholders.

These steps will go a long way to dial back on the stigma against TVET and its graduates through better integration in the economy, helping to increase their economic value and ultimately providing better wages.

A holistic improvement of education in Malaysia includes the recognition and enhancement of TVET, elevating it to a status equivalent or superior to traditional tertiary education.

We must demonstrate that a university education does not have to be the be-all-end-all goal for many Malaysians, that many alternatives exist alongside these options, while a system that has for so long practised various forms of exclusion shall now be expanded to ensure no Malaysians are left behind.

The mandate given to me is to come up with a report on structurally reforming TVET before one year is up. I’ll make sure post engaging with stakeholders, we will have a clear operational step by step action plan.

I urge NUTP to be as loud and demanding as they are today. Time and tide wait for no ministers in implementing much needed reforms.

NURUL IZZAH ANWAR is the MP for Permatang Pauh.