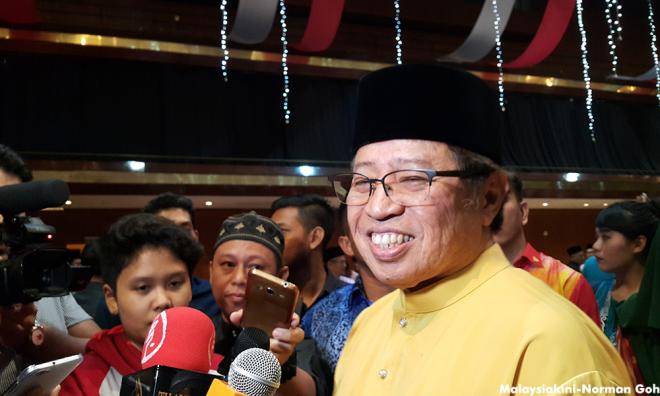 He said this following the Federal Court’s dismissal of the Petroliam Nasional Bhd (Petronas)’ application for leave to commence proceedings against the Sarawak government’s move to regulate the state’s petroleum activities.

Abang Johari noted that the state government’s move was in accordance with the law stipulated in the Federal Constitution that must be complied with by all parties.

“This means that some of the powers under the Oil Mining Ordinance (OMO) 1958 will be implemented by Petros (Petroleum Sarawak Bhd),” he added.

Abang Johari said this when asked to comment on the Federal Court’s decision while attending the Nangka state constituency’s Aidilfitri gathering at the MUC Hall in Sibu today.

Yesterday, Chief Judge of Malaya Ahmad Maarop dismissed Petronas’ application after deciding that the Federal Court could not hear the matter, as the declaratory relief sought by the national oil company was not covered under the jurisdiction of the Federal Court, but the High Court.

Abang Johari said only the Sarawak government had the rights to regulate the oil and gas activities from the point of law as stipulated in the Federal Constitution.

Asked if Petronas needed to apply for a permit or permission from Sarawak to be involved in oil and gas activities in the state hereafter, he replied: “What is happening now is that we have the state law that Petronas must abide to.”

Sarawak would not create a difficult environment or make abnormal conditions on the oil and gas industry in the state and would ensure that it would continue to run smoothly, he said.

He said Sarawak’s next state legislative assembly sitting would table the bill to amend OMO 1958 as some of the matters in the ordinance were no longer relevant with the current situation.