COMMENT | From the ongoing investigation into the fabulous wealth of the former prime minister that had been compounded by the police, a question immediately springs to mind: Is the accumulated wealth by former premier Najib Abdul Razak and his wife exceptional among Malaysian public officials?

Are they an aberration? Are there any other Malaysian public officials wallowing in such wealth?

From the ferocity of the new Pakatan Harapan government’s actions against the former PM, it must be assumed that its top priority is fighting corruption and promoting good public governance. Hence, making it mandatory for all public officials to declare all their assets, including those of their spouses and children, is crucial to the campaign to prevent corruption in politics.

An obvious target for asset declaration should surely be the former Sarawak chief minister for more than three decades. Abdul Taib Mahmud has been touted to be the richest individual in Malaysia.

Prime Minister Dr Mahathir Mohamad has been quoted as saying that no action can be taken to investigate Taib because no police report has been made against the former CM.

Soon after Mahathir said that, he was soundly contradicted by Baram PKR chairperson Roland Engan who said he had filed a formal complaint against the Sarawak governor for alleged corruption and power abuse while the latter was still chief minister. 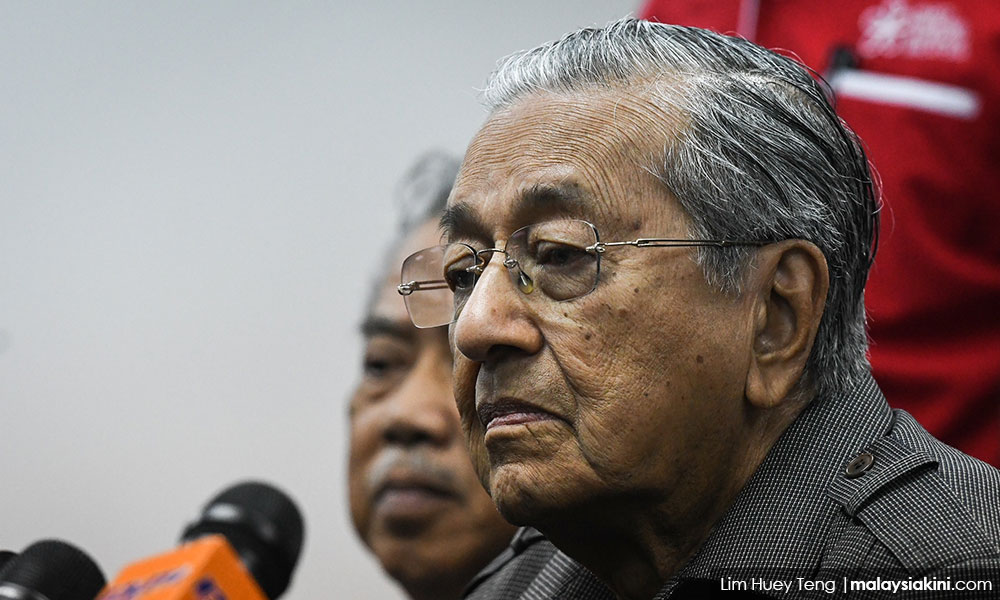 Roland said the report was lodged at the Miri office of the MACC on June 6, a week after he lodged a similar report against Taib with the Miri police on May 29.

Other state leaders have also said that they had made similar police reports against the former chief minister over the years. Suaram will be making a report so that it catches the eye of the prime minister.

For years, the former Sarawak chief minister controlled all the state and federal contracts handed out in Sarawak and privatised most of its key industries by turning it over to companies owned by his family.

An audit on his family, conducted by the Swiss NGO, Bruno Manser Fonds (BMF), has estimated Taib’s wealth at more than RM46 billion. This makes him possibly the richest man in Malaysia, richer than anyone in the Forbes 50.

The business activities and personal wealth of the Taib family extend to business interests in Malaysia, Australia, Canada, Hong Kong, the United Kingdom, the United States and other countries. Taib’s family members include his four children, his siblings, cousin Abdul Hamed Sepawi, his two sons-in-law, and brother-in-law, Robert Geneid.

One entity owned by the Taib family, Sakti International Corp in the United States, manages properties totalling an estimated US$80 million including the Abraham Lincoln Building, which houses the FBI's offices in Seattle, Washington.

In the 30 years of Taib's reign as chief minister, timber companies have cut down more than 90 percent of the tropical rainforest in Sarawak, leaving forest-dwellers like the Penan deprived of their ancestral lands and means of subsistence.

What happened to MACC probe?

In June 2011, the MACC said that it had initiated investigations into Taib’s alleged millions in Swiss banks after Swiss financial authorities began looking into the former Sarawak chief minister's tangled fortune.

The Swiss anti-corruption agency had frozen the assets of Taib over the allegation of timber corruption. Former MACC chief Abu Kassim Mohamed said the commission was in the process of gathering more information regarding the matter. So far, we have heard nothing of these investigations. BMF has estimated the combined net worth of 20 Taib family members at close to US$21 billion, spread over 400 companies around the globe, accumulated over three decades. The family has controlled the approval of logging and plantation concessions, the export of timber, the maintenance of public roads as well as the production and sale of cement and other construction materials.

Najib failed to take action against Taib. The new government has pledged to wipe out kleptocracy and it was this pledge that gave the coalition victory at the 14th general elections.

The government must not disappoint the people of Malaysia, especially Sarawakians, who have seen the wealth of their state sucked dry by the rapacious greed of the kleptocrats there.

The government can start by making former chief minister Taib declare all his assets and those of his spouse and family. The MACC should reveal the results of the investigations into Taib’s fabulous wealth.

The government has shown us that where there is a political will in getting to the root of the 1MDB scandal, there is a way to rid Malaysia of corruption and crony capitalism.