As one journalist reported, “Shame, fear and cultural norms all allow sexual harassment to go underreported.”

The large gap may be due in part to the fact that perceptions of what constitutes sexual harassment differ among individuals and also between genders. That is, what some people might consider acceptable behaviour, others might think of as sexual harassment.

Although sexual harassment can happen to both men and women, women are more likely to become victims, especially in places or countries where patriarchy is deeply ingrained as a cultural value, and the men see nothing wrong in sexually harassing women.

In such places, women are sometimes objectified and become the subject of crude jokes, yet women who do not laugh along are accused of being uptight. 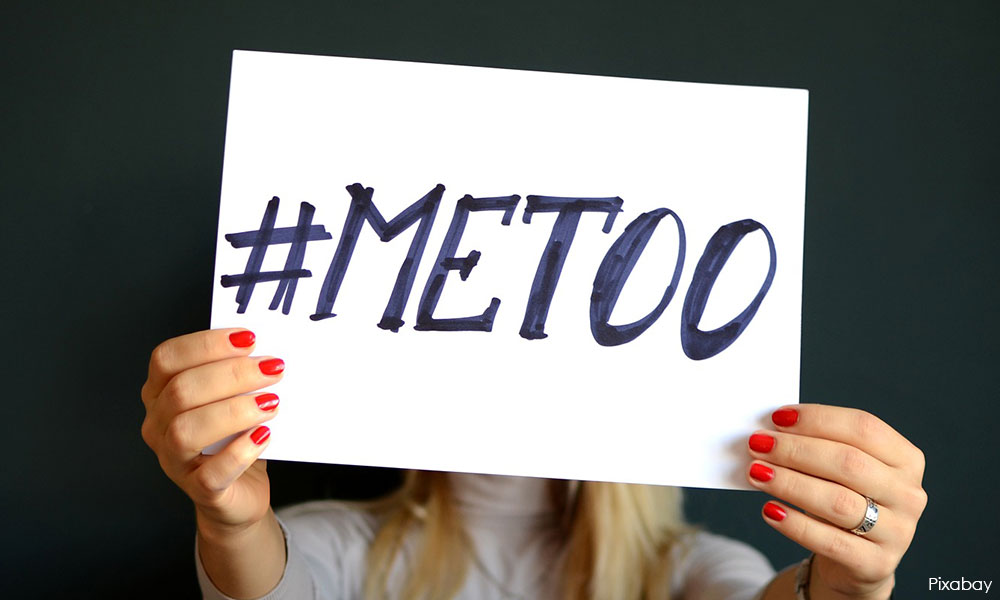 The #MeToo global movement across social media platforms has prompted many victims to come forward with their stories.

In Malaysia, two journalists claimed they were harassed by politicians, but the National Union of Journalists victim-blaming response “underscores Malaysia’s poor understanding of sexual assault.”

Last month, house officers complained of sexual advances from their department heads, and the Health Ministry set up a panel to probe these claims.

At the moment, there is no comprehensive legislation to which victims may seek legal recourse.

The only references to sexual harassment can be found as stated below:

Whoever, intending to insult the modesty of any person, utters any word, makes any sound or gesture, or exhibits any object, intending that such word or sound shall be heard, or that such gesture or object shall be seen by such person, or intrudes open the privacy of such person, shall be punished with imprisonment for a term which may extend to five years or with fine, or with both.
... any unwanted conduct of a sexual nature, whether verbal, non-verbal, visual, gestural or physical, directed at a person which is offensive or humiliating or is a threat to his well-being, arising out of and in the course of his employment.

The Employment Act 1955 does not specify the criminal liability of the perpetrator and is only applicable to employees earning up to RM2,000 per month; or is employed under a contract of service for manual labour irrespective of his monthly wages.

Other sections of the Act that may be used in sexual harassment cases are Section 14 and Section 81F where it is obligatory for employers to investigate any complaints of sexual harassment and submit a report to the Director General, failing which, the employer would have committed an offence which, on conviction, be liable to a fine “not exceeding ten thousand ringgit.”

Any unwanted conduct of a sexual nature having the effect of verbal, non- verbal, visual, psychological or physical harassment...

This “Code of Practice” is only a guideline and employers are not required to enforce them.

The EEOC in the US receives and investigates complaints of sexual harassment which enables the complainant to pursue the matter to court.

Sexual harassment has adverse effects on the victim’s performance at work and in school. Sexual harassment can also cause low productivity which in turn leads to losses, in addition to causing mental and emotional distress to the victim.

In order for Malaysia to progress in this aspect, there should be changes in the society’s mindset. Firstly, gender equality is a must and men need to know explicitly that a woman’s consent is needed when they intend to make sexual advances. Keeping quiet is not consent and wearing skirts or shorts is not consent.

In a country that generally accepts child marriages and marital rape, there should be more awareness on gender sensitisation to curb sexual abuse. Malaysia will certainly benefit from having a Sexual Harassment Act based on its own unique cultural and social background.

JASON ONG is the assemblyperson for Kebun Bunga.

Read more from this author :
Jason Ong
Read more like this :
#sexualharrassment
#adunspeaks
View Comments (0)
ADS
Most Read
Most Commented
Most Recent
ADS