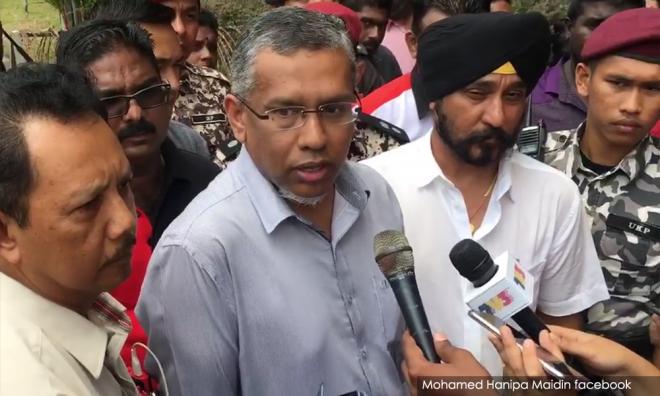 A total of 118 detainees under the Security Offences (Special Measures) Act 2012 (Sosma) at the Sungai Buloh Prison have agreed to end their hunger strike.

Deputy Minister in the Prime Minister's Department Mohamed Hanipa Maidin said an agreement was reached after he had met with the detainees' representative for over two hours.

"They (detainees) agreed to end the hunger strike and have started to eat and drink. Their health level is also good," he told reporters at the Sungai Buloh Prison today.

Earlier, he met with the detainees' family members who had gathered in front of the prison since 11am after Sosma detainees began a hunger strike last night to urge the government to abolish the act.

Hanipa also called on the crowd there to disperse.

"There is nothing they need to worry about because the detainees have stopped the hunger strike, the prison will look after them well," he said.

Hanipa also stated that Sosma should be repealed because it was deemed a form of tyranny.

“Sosma is under the jurisdiction of the Home Ministry, and I cannot interfere and if I want it to be repealed personally, I have no problem (with it).

“I was told in the post-cabinet meeting prior to this, a special committee was set up to study the issue of Sosma,” he said.

Yesterday, attorney-general Tommy Thomas was reported to have said that Sosma would be abolished as promised by the Pakatan Harapan government.