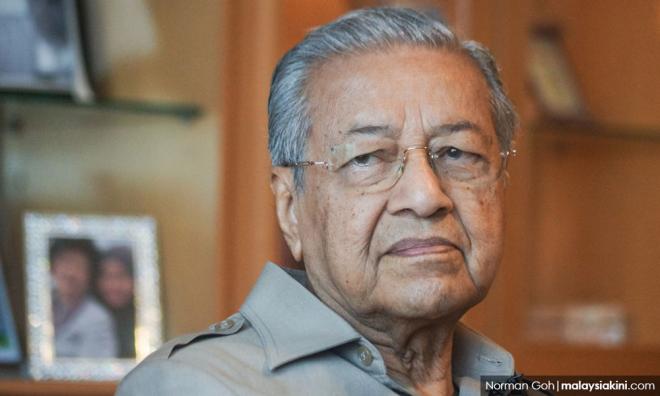 The Malaysian cabinet is of the opinion that the whipping sentence imposed on two women in Terengganu was inappropriate because it did not reflect compassion, which is central to Islamic teachings.

Prime Minister Dr Mahathir Mohamad said the administration was of the view that the women were first-time offenders and therefore should have been advised by the authorities rather than be subjected to corporal punishment.

“The cabinet is of the opinion that this (the whipping sentence) does not reflect Islamic justice and compassion.

"It was their first offence and usually, for the first offence, we need to advise rather than punish and let the whole country know about it. This gives a bad impression on Islam," he said.

Mahathir added that it was vital that Islam is not portrayed as a religion that is centered on heavy punishments.

"This is the view of the cabinet and the government. We hope we will be careful in portraying Islam (as a religion) with no compromise (and) no compassion," the prime minister said.

This came amid growing criticism after the two women were caned in the Kuala Terengganu Syariah High Court on Monday.

The women, aged 22 and 32, were caught attempting same-sex relations in a car by Islamic law enforcement officers in April.

They were fined RM3,300 each by the Syariah Court and sentenced to six strokes of the cane after pleading guilty.

Media reports of the caning sentence drew criticism from various quarters including politicians and rights groups, which deemed flogging as a form of torture, and was "cruel and degrading".

The state government, however, has defended the act and said it was meant to educate the public and not hurt the women.

Pakatan Harapan de facto leader Anwar Ibrahim, meanwhile, recently stated that the federal government could not influence or change syariah laws in Terengganu as it is under the state jurisdiction.

Neighbouring states Kelantan and Pahang also weighed in on the matter, with the former mulling over carrying out the sentence in a stadium and the latter considering introducing caning as a punishment to "curb LGBT practices".