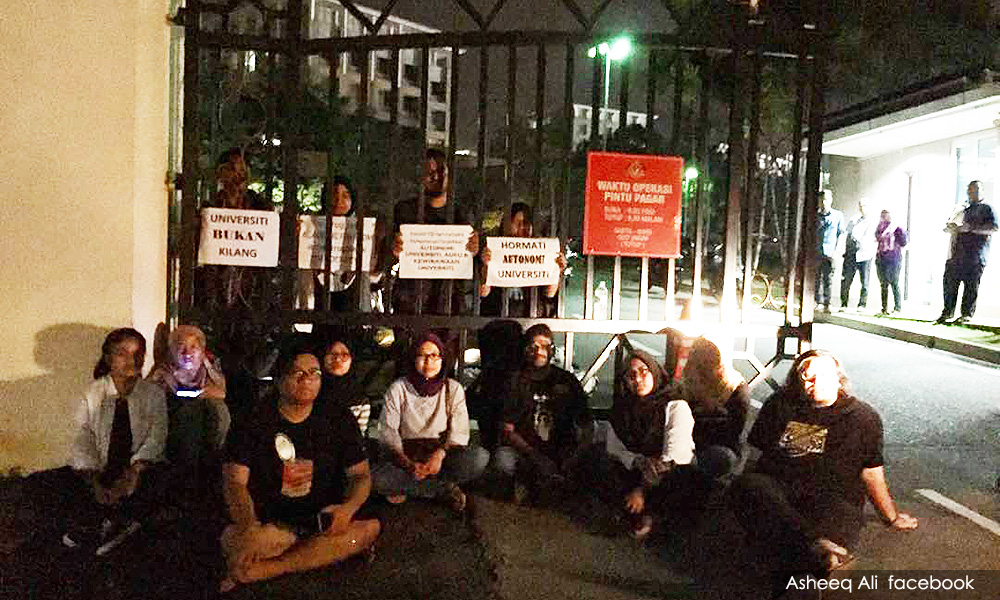 Education Minister Maszlee Malik has said that he remains committed to freedom of expression, and that it was his officers who had negotiated with police for the release of two student activists arrested today.

The students were picked up by police in the wee hours of this morning during a sit-in protest at the Education Ministry in Putrajaya.

The minister said the arrest happened after the group of protestors had moved from the ministry's compound to the main entrance used by several ministries.

"It is understood that a majority of the protesting group agreed to disperse. Two, however, refused and these two were questioned by authorities.

"Even though arrested by police, my officers, on humanitarian grounds and due to concern for the welfare of the two students, immediately discussed with the police in Putrajaya up to 7am so that the students be released.

"They (students) were freed on bail later this morning," he said in a statement.

The duo, Asheeq Ali Sethi Alivi (photo) and Siti Nurizzah Tazali, were part of a small group staging a protest there yesterday to demand that Maszlee immediately step down as president of the International Islamic University Malaysia (IIUM). 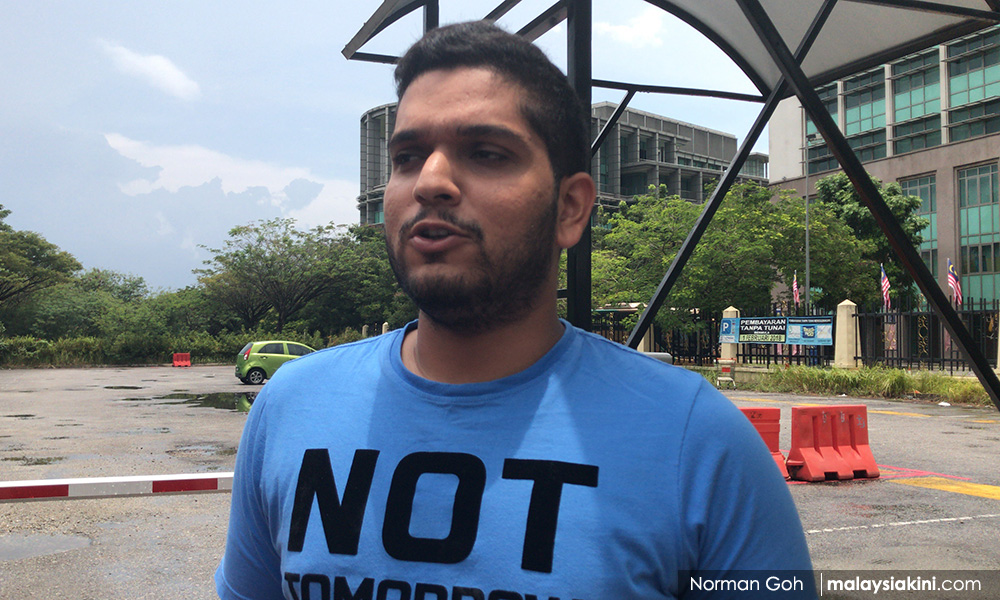 'I will meet them soon'

According to Maszlee, he had directed his officers to allow the students to hold their protest at Block E8, Parcel E of the government complex in Putrajaya, which houses the Education Ministry.

In addition, he said he directed that the protestors are to be well-treated including providing them with basic needs such as food and drinks.

Maszlee's officers had also arranged a meeting between him and the protestors to take place as soon as possible, which would be on Wednesday.

The minister added that he is unable to accede to the protestors’ demands to meet him immediately and to resign as IIUM president as he is on a three-day working visit in Sarawak .

Read more: We’ll be back - arrested student to Maszlee

The education minister also clarified that although he was initially told that all the protesters were students, some of the protestors turned out to be activists from several NGOs.

“Although we have heard their grouses and guaranteed that I will meet them as soon as possible, they continued to sit on the stairs into the Education Ministry building and insisted on not moving as long as the education minister does not resign,” Maszlee said.

However, Maszlee pointed out that at 11pm, the protestors then moved from the ministry building to the main road leading to the Parcel E government complex, where they laid carpets and waited outside the complex that houses several ministries.

He said Education Ministry officials tried to persuade the group to either disperse or return to the main building at about 11.30pm because the main gate is a common area for various ministries.

“However, they refused to disperse and refused to go the Education Ministry area where I have guaranteed that they would be allowed to protest peacefully,” he said.

The students' arrests courted flak from several quarters, including other Pakatan Harapan lawmakers.