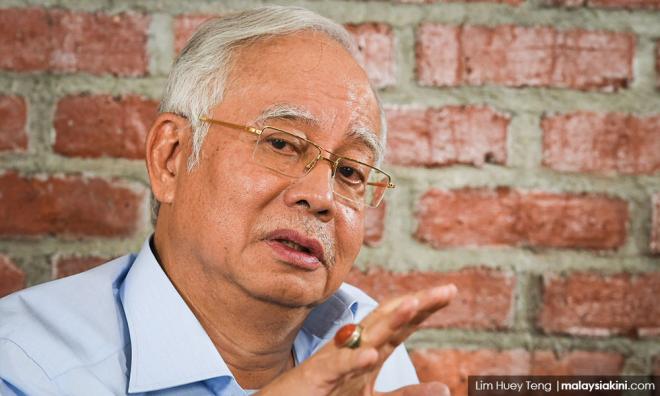 Former prime minister Najib Abdul Razak has expressed concern over the continued decline in the ringgit despite oil prices strengthening.

He said this bucked previous trends in which the local currency would move in tandem with global oil prices.

"My concern is that if the global oil price drops dramatically, then the ringgit will be hit hard.

"Before the 14th general election, Pakatan Harapan leaders said, 'If Najib goes down the ringgit will go up'.

"I am confused as I've been out for four months but the ringgit continues to fall," he quipped in a Facebook posting today.

However, he hoped that Putrajaya would take his concerns seriously before the ringgit situation becomes dire.

Yesterday, on a month-to-date basis, the ringgit lost about 0.86 percent against the US dollar.

Bernama cited a dealer as saying that the ringgit was being traded lower as the US dollar strengthened.

Last week, it quoted Bank Islam Malaysia chief economist Mohd Afzanizam Abdul Rashid as saying that the ringgit decline was due to external factors such as South Africa falling into recession and Argentina raising its policy rates.

This made safe-haven currencies such as the US dollar and Japanese yen more attractive to traders, which inadvertently weakened currencies from emerging countries, including the ringgit.