COMMENT | There have been several government responses thus far to the caning of two women under a Terengganu enactment, after they pleaded guilty to attempting to have sex in a car.

Prime Minister Dr Mahathir Mohamad was concerned that the caning gave a bad impression of Islam and did not reflect the religion’s quality of justice. He said consideration could have been given to a lighter sentence while also giving advice to the two women.

Minister in the Prime Minister’s Department Mujahid Yusof Rawa stated that whether or not the public could be present at the caning of a syariah offender needed to be reconsidered. The two women were reportedly caned in front of 100 witnesses.

These responses tended to focus on the nature of the sentence and the manner it was carried out. But was the caning of the two women even allowed under our Federal Constitution?

Our constitution lists in detail what falls under federal or state jurisdiction. An illuminating article by constitutional expert Shad Saleem Faruqi, written in 2005, sets out the constitutional limits of states’ powers to punish offences against the precepts of Islam.

Shad states, “Contrary to what is believed, not everything connected with Islam is in the hands of the state assemblies.” The constitution’s state list explicitly sets out the matters over which state assemblies may legislate.

Paragraph one deals with matters pertaining to Islam. It notes that states may legislate offences by persons professing the religion of Islam against the precepts of Islam. These offences, however, are confined to areas not included in the federal list or dealt with by federal law. 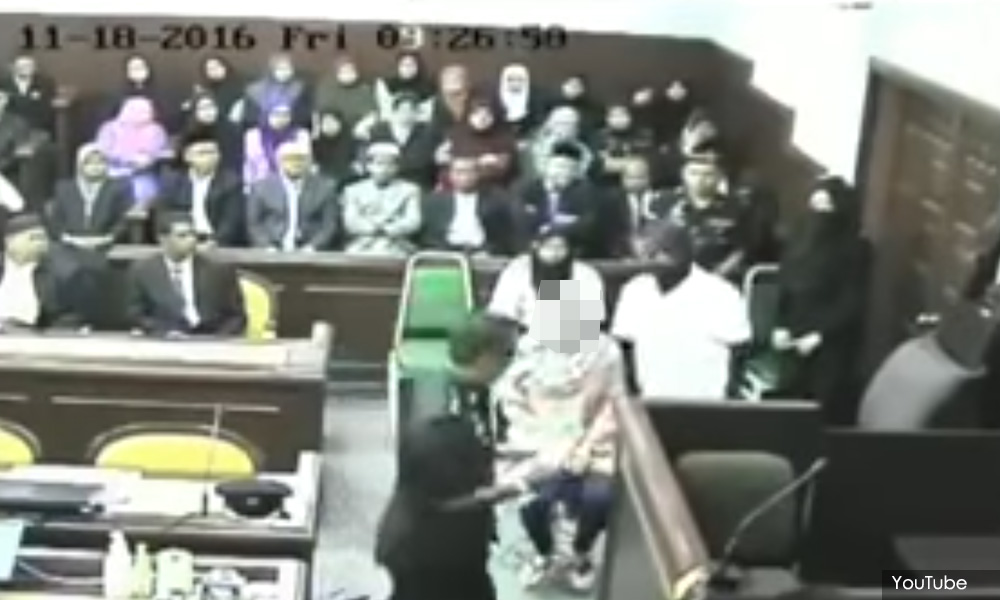 The constitution places public order, “civil and criminal law and procedure and the administration of justice” under the federal list. Furthermore, sections 377A to 377D of the Penal Code deal with committing carnal intercourse, sexual connection by object and outrages on decency.

It is thus questionable whether the Terengganu state enactment criminalising sexual relations between women is even constitutional as this area falls under the federal and not the state list.

The Syariah Court's powers are also subjected to federal control. Paragraph one of the state list says that the Syariah Court “shall not have jurisdiction in respect of offences except in so far as conferred by federal law.”

It was never the constitutional scheme in 1957 to confer on the Syariah Court inherent powers to create and punish crimes against Islam. Their jurisdiction must be conferred by federal law.

There is no federal law that outlines the offence of same-sex relations that the Syariah Court may try. The only relevant law, the Syariah Courts (Criminal Jurisdiction) Act 1965, only specifies the penalties that can be imposed by the courts, but not the offences themselves.

The Syariah Court, arguably, had no jurisdiction to even mete out the caning sentence on the two women.

There were also procedural violations. The Syariah Courts Act does not set out any procedures for enforcing penalties. Given the absence of a federal law on state criminal procedure, the relevant federal law must apply, especially since criminal law and procedure and the administration of justice are federal matters.

The relevant federal laws are the Prison Act 1955 and Prisons Regulations 2000. The regulations set out detailed procedures for the carrying out of corporal punishment, including that it must be done on prison premises. In the Terengganu case, the two women were never imprisoned. The caning was done in court by prison officers, for which there is no legal provision.

All laws must comply with Article 8, which guarantees the right to equality. The syariah laws as they stand, however, subject Muslim women to a different human rights standard than non-Muslim women.

Muslim women are liable to be caned for same-sex relations and other state-enacted offences such as consuming alcohol or adultery. However, corporal punishment against women is prohibited by section 289 of the Criminal Procedure Code.

State provisions that prescribe caning for Muslim women not only contradict the Criminal Procedure Code but are also discriminatory. Permissible exemptions from the rule of equal treatment are outlined in Article 8(5) of the constitution, but none of the exemptions applies in this case.

India’s Supreme Court recently recognised the harmful and discriminatory effects of such laws, ruling that a law that criminalised “carnal intercourse” was unconstitutional and also irrational, indefensible and manifestly arbitrary.

Accede to Convention Against Torture

The act of caning is a clear breach of the Convention Against Torture and Other Cruel, Inhuman or Degrading Treatment or Punishment (CAT), regardless of whether it is carried out the civil or syariah way. Foreign Minister Saifuddin Abdullah stated in July that the government aspired to sign CAT and five other international treaties, as promised in the Pakatan Harapan manifesto.

In a civilised society, there can be absolutely no objections to signing an international treaty promising not to commit torture. Malaysia must accede to this treaty without delay. We are one of the few countries in the world that have yet to do so.

In the meantime, the government should act to rationalise all laws to comply with CAT. This would include removing all laws that allow for corporal punishment.

The Syariah Courts (Criminal Jurisdiction) Act 1965 was amended by Parliament in 1984 to add caning as a possible sentence for syariah-related offences. Parliament can thus amend the law again to remove this provision.

It is commendable that the new government has expressed its reservations about the caning. But it would be preferable if our leaders also explored steps it can take to remove corporal punishment from our laws.

It takes courage to confront what may seem like 'sensitive' topics. But surely no one can object to a conversation being had about bringing all laws in line with our Federal Constitution.

If it is not done now, it simply perpetuates the belief that states may legislate on any Islamic offence, without due regard to the constitutional limits.

This is also not about how “light” the caning was. It is about not humiliating a human being. Ultimately, it is about the respect and human dignity that everyone is entitled to.

Note: We would like to thank Shad Saleem Faruqi for his advice and contribution to the constitutional law aspects of this article.

AMBIGA SREENEVASAN is an International Commission of Jurists Commissioner and former Bar Council chairperson. DING JO-ANN is a writer and lawyer.