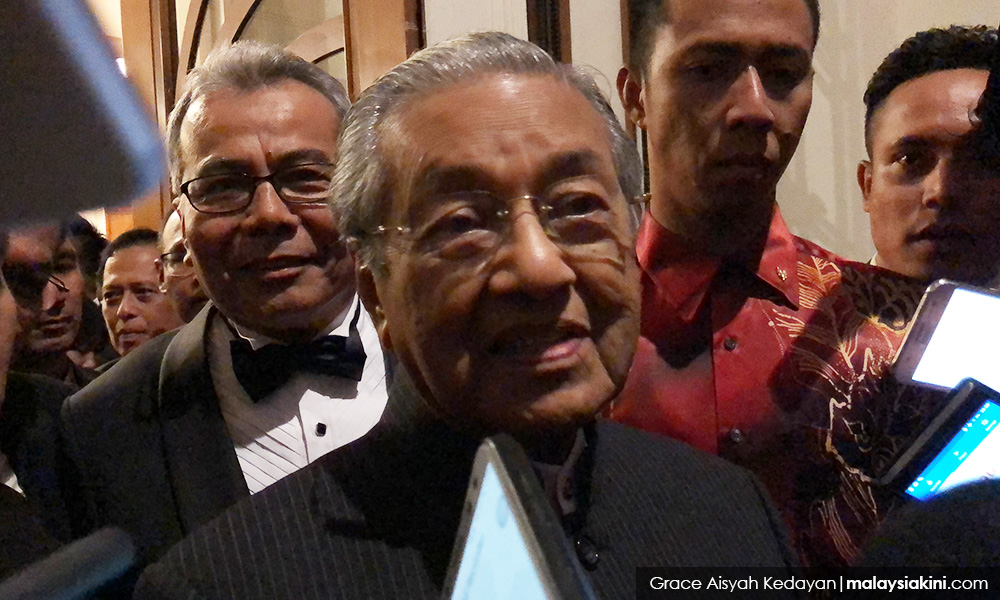 Commenting on the resignation, the prime minister said Mustapa should have realised the damage within Umno sooner.

"Perhaps his realisation (about the state of Umno) is a little too late. He should have realised this early on.

"Umno is ruined. And he's only leaving now. But it's okay," he said, after attending the Malaysia Franchise Awards 2018 at the Putrajaya Marriott Hotel in IOI Resort City.

When asked if Mustapa would be welcomed into Pakatan Harapan, Mahathir said he would first have to show that he is "different."

"If he wants to join Harapan, he has to show that he is different from before," he said, without elaborating further.

Mustapa's announcement came as a shock as he had won a seat on the Umno supreme council with the largest share of votes in the recent party election.

He said that he decided to leave because the path being taken by Umno to revive itself was a departure from the inclusivity and moderation he believes it should stand for.

"Considering this, after self-reflection and deep thought, I have taken the decision to resign as an Umno member after more than 40 years of serving the party," he said, adding that the task of addressing Umno’s trust deficit has become increasingly difficult.