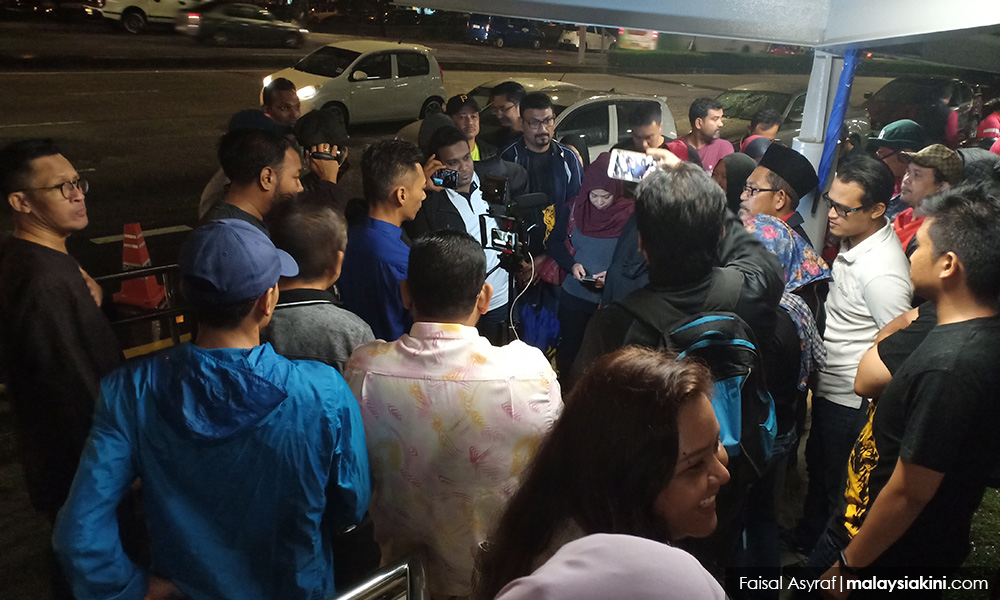 The Umno supreme council member said this in a statement today, condemning the arrest of former prime minister Najib Abdul Razak by MACC earlier this evening.

"The latest charges come after Najib presented evidence that almost US$1 billion were gifted by the Saudi Arabian government and king.

"This shows that the Amla is being used as the new ISA to stifle political dissent, by the cruel Mahathir and DAP regime.

"Through Amla, anyone who has received Umno funds from (Najib's) Ambank account, can be charged under the act and be exposed to threats," he claimed.

Earlier today, it was reported that following Najib’s arrest, he is expected to be charged tomorrow over the RM2.6 billion found in his account.

Authorities have claimed that the funds originated from 1MDB but Najib has maintained that it was given to him by Saudi Arabian donors.

Amla is also being used by Mahathir to kill the "people's uprising", especially from Umno, said Lokman, who is also the president of NGO Pemantau Malaysia Baru.

"When someone is charged under Amla, the prosecutor does not have to prove that the accused had received illegitimate funds.

"Instead, it is up to the accused to prove that the funds received were not from illegitimate means. The question is, how can the funds (in this case) be considered illegitimate when it was approved by Bank Negara?" he asked.

Meanwhile, when met at a solidarity rally for Najib outside of the MACC headquarters in Putrajaya, Lokman said his NGO will submit a memorandum to the Yang di-Pertuan Agong, to request for an interference by the King's Counsel to stop the abuse of Amla.

He is expected to hand over the memorandum at Istana Negara at 8.30pm on Sept 26.

"There have been instructions from Mahathir to (MACC chief commissioner) Shukri Abdul. MACC is being used by Mahathir," Lokman alleged in his speech to about 30 supporters.

The group gathered at 9pm despite the torrential rain and dispersed at about 10.15pm.

According to Lokman, his NGO will hold another gathering at 2.30pm tomorrow, outside the Jalan Duta Court complex, where Najib is expected to be charged.

Nicked from 1MDB or donation?