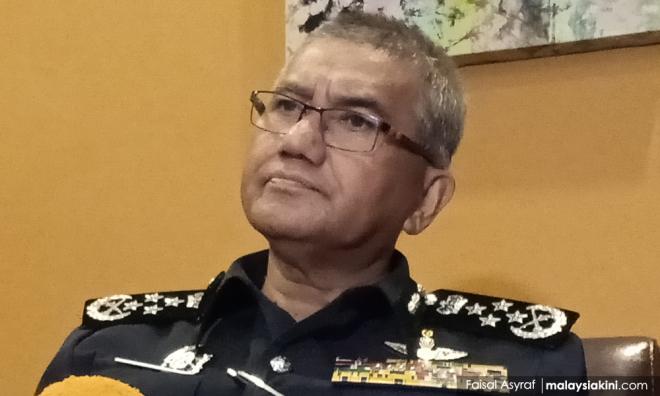 MP SPEAKS | Although I am far from the country as I am now in the Australian capital of Canberra, I am utterly shocked to read of the excuse given by the inspector-general of police (IGP) Mohamad Fuzi Harun about the police problem complying with Interpol protocol to put the 1MDB mastermind and the No. 1 Malaysian international fugitive from justice, Jho Low, on Interpol’s red notice list.

Fuzi said Interpol has its own protocol in deciding whether to make the names on its wanted list public, when responding to a news report that the names of several Malaysians – including former police officer Sirul Azhar Umar, white collar criminal Michael Soosai and car theft syndicate mastermind Robin Hai – are still on the list, but not Jho Low and his father.

Fuzi said Interpol has the discretion to decide whether to only release these names to relevant authorities.

He said: "A request to have any individual listed on the red notice list depends on the Interpol's protocol, which takes time as it has to undergo a thorough process which has been outlined by the international agency.

"Based on the same protocol, Interpol will decide whether the names on the list will be published to the public or only made known to related authorities."

Fuzi should stop his wishy-washy statement, and declare whether Jho Low is on the Interpol wanted list, and if not, why not. He should step down as IGP if he cannot comply with Interpol protocol to put Jho Low on the Interpol red notice list.

This is not just because last month, the Putrajaya Sessions Court issued an arrest warrant against Jho Low and his father, Larry Low Hock Peng to enable both to be repatriated and face money-laundering charges in relation to 1MDB.

Jho Low is today the most famous Malaysian in the whole wide world – even more famous than former premier Najib Razak, who transformed Malaysia into a global kleptocracy, or even prime minister Dr Mahathir Mohamad, who has become the world’s oldest prime minister at the age of the 93, in the mission to Save Malaysia from continuing in the trajectory towards a rogue democracy, kakistocracy and global kleptocracy.

In such circumstances, it is a terrible reflection on the competence, efficiency and professionalism of the Royal Malaysian Police (PDRM) that the world’s most wanted Malaysian is not on the Interpol red notice list.

It is not as if the international 1MDB corruption and money-laundering, which had caused the downfall of the Najib premiership which Malaysians and the world had thought was so solid, unshakeable and invincible, happened only yesterday. In actual fact, what the US attorney-general Jeff Sessions described as “kleptocracy at its worst” goes far back to 2009, a few months after Najib became the sixth prime minister of Malaysia.

Fuzi should read the two recent books on 1MDB, Clare Rewcastle Brown’s “The Sarawak Report – the Inside Story of the 1MDB Expose” and Tom Wright and Bradley Hope’s “Billion Dollar Whale – The man who fooled Wall Street, Hollywood and the world” and tell Malaysians whether there is anything new in the two books on 1MDB for the police investigators, or whether the police had all long known all about the secrets of the 1MDB scandal as exposed by these two books.

If so, why is the Malaysian Police unable to comply with Interpol protocol to put Jho Low and his father on Interpol wanted list?