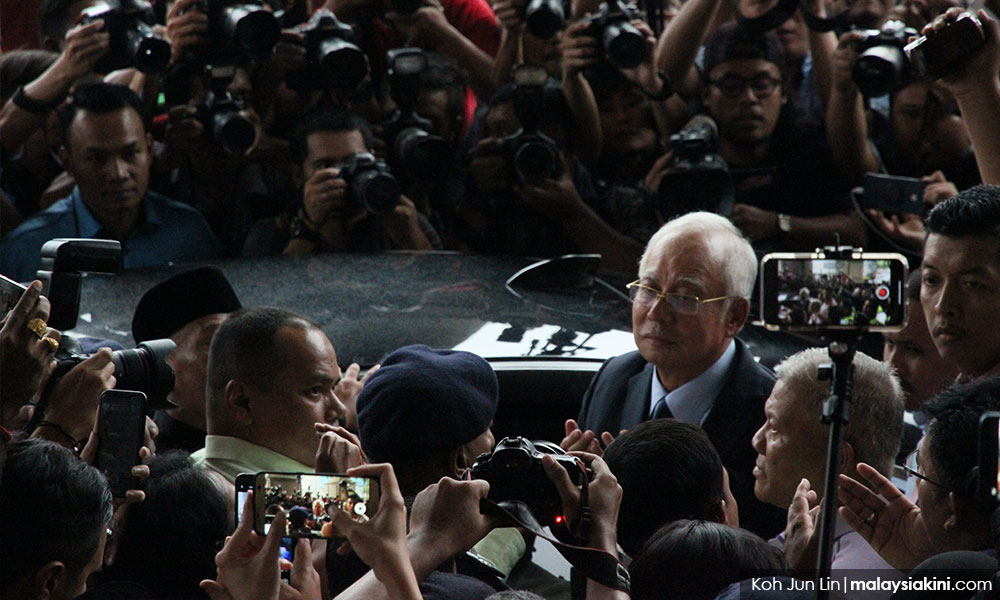 Twenty-one of the charges were brought by the police under the Anti-Money Laundering, Anti-Terrorism Financing and Proceeds of Unlawful Activities Act 2001 (AMLATF).

The remaining four were brought by the MACC and were for abuse of power.

In 2016, then attorney-general Mohamed Apandi Ali had cleared Najib of all wrongdoing in regard to the scandal.

What is the RM2.6 billion scandal about?

The RM2.6 billion scandal refers to US$681 million that was transferred to Najib's personal bank account in March and April 2013.

The sum was at the time valued at RM2.08 billion. However, when the scandal first surfaced in 2015, the exchange rate then put the figure at RM2.6 billion.

The funds were allegedly meant to finance BN's campaign for the 13th general election.

Najib has claimed that the funds were a donation from the Saudi royal family.

However, prosecutors claim the monies had been misappropriated from 1MDB through the Tanore Finance Corporation.

What is the Tanore Finance Corporation?

According to the US Department of Justice (DOJ), Tanore is owned by Eric Tan Kim Loong, a close associate of alleged 1MDB mastermind Jho Low, who had also used Tan's name as an alias.

However, Najib claimed Tanore is owned by the Saudi royal family and has previously produced three letters by one "Saud Abdulaziz Al Saud". In one of the letters, the author declares that Tanore belongs to the prince.

What is the prosecution alleging against Najib?

The 21 charges of money-laundering against Najib pertain to all transactions involving the so-called donation.