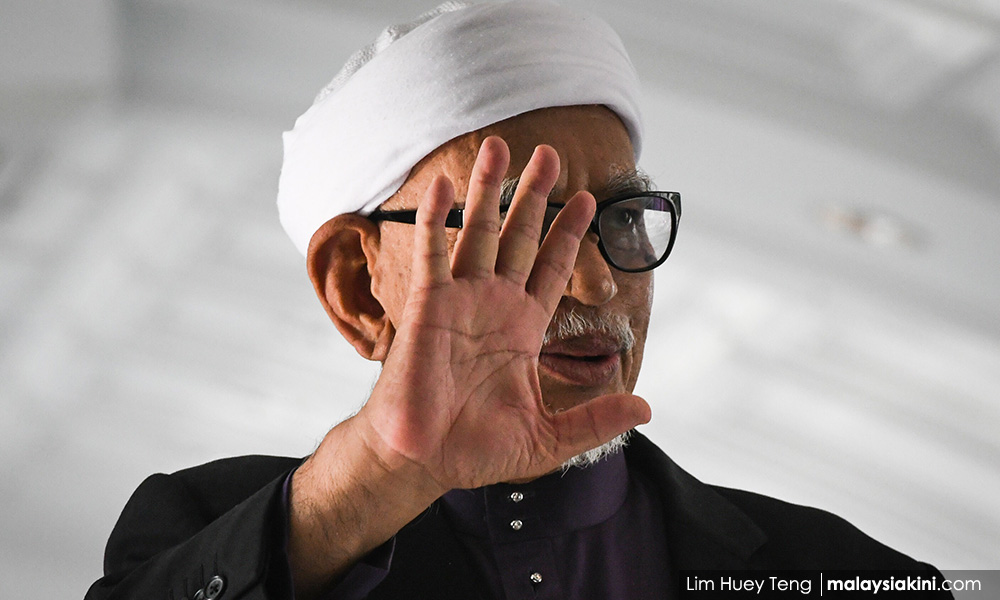 Prime Minister Dr Mahathir Mohamad should be given the opportunity to continue to administer the country until the end of the five-year term, PAS president Abdul Hadi Awang said today.

Hadi said efforts by some quarters, including PKR president-elect Anwar Ibrahim to take over the premiership, was an act not in accordance with political morals.

“We do not want a person with lust to rule for fear that when he/she becomes a leader, the person does not shoulder the responsibility entrusted upon him/her. So, let the present prime minister administers the country for as long as he can perform the task.

“Even though there is difference in opinion, Mahathir should be given enough time because he has vast experience and is capable of discharging his duty,” he told reporters after delivering a keynote address at the convocation ceremony of Kolej Islam Darul Ulum (KIDU) in Kuala Nerang today.

Asked whether PAS would cooperate with Umno in the Port Dickson by-election, Hadi said the cooperation would be similar to that during the Balakong and Seri Setia by-elections.

"When Umno does not place its candidate, PAS will, that is cooperation. In terms of strategy, we don’t know yet, but if Umno wants to help, we will gladly accept, even if it wants to give donations,” he added.

The Port Dickson by-election will witness a seven-cornered fight, with Anwar leading the cast as the Pakatan Harapan candidate.

The Port Dickson by-election was called after its incumbent Danyal Balagopal Abdullah, 68, from PKR, vacated the seat on Sept 12 to give way to Anwar who wants to make a comeback to the Dewan Rakyat.

In the 14th general election on May 9, Danyal Balagopal won the seat with a comfortable majority of 17,710 votes, defeating BN’s VS Mogan and Mahfuz Roslan of PAS.

The Election Commission (EC) has set Oct 13 as polling day for the Port Dickson by-election and Oct 9 for early voting.

In another development, Hadi said he was against the government’s decision to close the unregistered tahfiz schools operating illegally in the country.

He said the government should provide the necessary assistance for the schools to continue to operate.