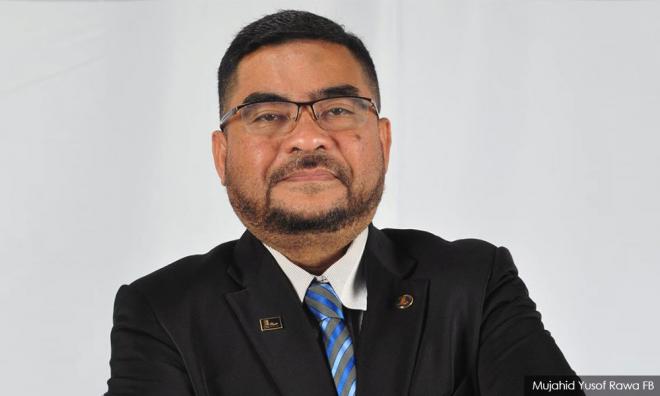 Mujahid’s aide issues ultimatum to The Star over 'khalwat' article

An aide to de facto Islamic Affairs Minister Mujahid Yusof Rawa has issued an ultimatum to The Star demanding an apology for allegedly taking the minister’s statement out of context.

Mujahid’s press secretary Siti Zulaikha Zulkifli warned that “sterner action” will be taken if no apology is forthcoming in 24 hours.

“I am very respectful of the freedom of the press, but this does not mean the media can write news out of context to the point of inciting debate and giving a negative impact on the minister.

“In that regard, upon hearing views and advice from various parties, I urge The Star to issue an open apology for misreporting and causing confusion, and the apology should be published on their paper and their portal.

“If this is not done in 24 hours, sterner action will be taken,” she said in a statement tonight.

She took issue with The Star’s headlines on its interview with the minister published yesterday, which were "No More Moral Policing" on the print edition, and "No more night khalwat raids or intrusion into Muslims private lives says Mujahid" on the online edition.

She also took issue with the first paragraph of the article, which read: “No more knocks on the door in the middle of the night and no more breaking down of doors by the religious authorities investigating reports of khalwat or other alleged wrongdoings.”

Zulaikha said Mujahid had never said these words and it is merely the interpretation of the article’s author, but the report had gone viral and caused misunderstanding especially amongst Muslims in the country.

A full transcript of the interview has been posted on the minister’s Facebook page, she said.

Earlier, Mujahid had also denied telling the newspaper that khalwat (close proximity) raids by religious authorities would he stopped.

"I have never talked about the issue of knocking on doors at night being stopped... those were added by the editor who took their own assumption from my statements.

"Please refer to the interview inside the newspaper which shows more accurately what I meant to say," he told the Al-Hijrah television station.

The report by The Star had also triggered mixed reactions, with some praising him while others accusing him of propagating vice.