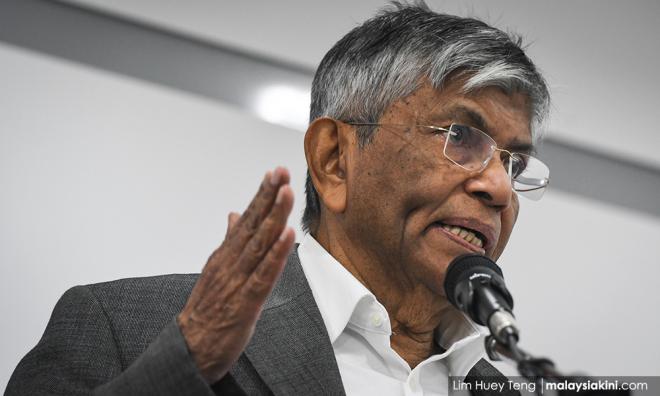 Accusing taxi drivers of being “scammers and extortionists”, former information minister Zainuddin Maidin has called for the abolition of the taxi service.

He said it would be best to just have ride-sharing services such as Grab since taxi drivers are not the type of “human beings who should be given face”.

He tweeted: “Taxi drivers in Langkawi were rude during the meeting with (Prime Minister Dr) Mahathir (Mohamad).

“If they can be this way with Mahathir, how would they behave towards the passengers?”

Zainuddin, who is better known as Zam, was commenting on taxi drivers staging a walkout during a dialogue with Mahathir yesterday.

"Rude and uncouth taxi owners/drivers will not get sympathy from the rakyat. Dr M will not step down as PM just because he has been spurned by taxi drivers in Langkawi. Continue hearing the people's grievances," he tweeted.

It was reported that the drivers were frustrated that Mahathir refused to commit to banning ride-sharing services.

Following the incident, the Association of Malaysia Taxi Drivers, Rental Cars, Premium Executive Limo (Perjiwa) chairperson Zailani Isaisuludin suggested that those who disrupted the dialogue session could be paid saboteurs.

"Maybe they were paid by certain quarters to disrupt the event...

"I reject claims that they were members of Perjiwa. I don't know them at all," Zailani said.