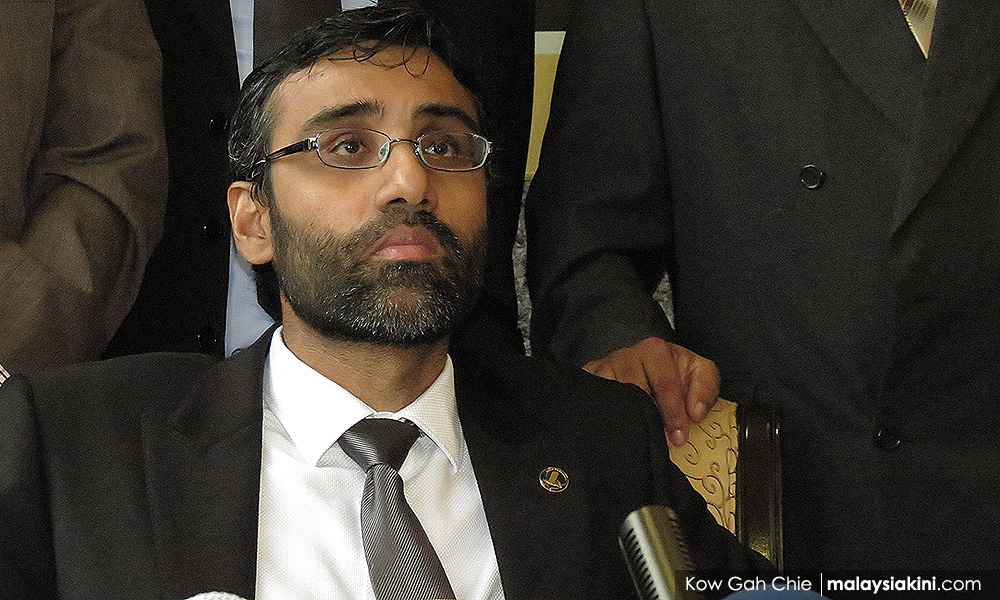 The family of Malaysian death row inmate Prabu Pathmanathan has made an eleventh hour appeal to the Singapore government to halt his execution, which has been scheduled for tomorrow.

Representing the family, lawyer N Surendran (above) said that they remained hopeful that Prabu would be spared despite not receiving replies from their previous appeals.

“This morning, Prabu’s family submitted a fresh petition for clemency to Her Excellency the President of Singapore (Halimah Yaacob).

“[...] We once again appeal to the government of Singapore and its president to spare this young Malaysian from the gallows tomorrow,” he said in a statement today.

The petition was submitted to presidential palace officials this morning by Prabu’s mother K Suguna and sister, whose name was not mentioned.

It was signed by his parents and his five siblings.

Thirty-one-year-old Prabu is scheduled to be hanged at Changi Prison tomorrow for drug trafficking.

Surendran, who is also Lawyers for Liberty’s advisor, previously claimed that there were doubts concerning the drug trafficking conviction and noted that the vehicle in which drugs were found was driven by another person, and not Prabu.

He also claimed that the confessions obtained against Prabu had been extracted under duress.

Today, the lawyer said that the family was appreciative of the Malaysian government’s efforts to halt the execution and hoped that help would continue.

“Prabu's family greatly appreciates and welcomes our government's efforts on behalf of Prabu, and hopes that Malaysia will today make all efforts necessary to halt the execution,” he said.

He also vowed to discuss the issue with Wisma Putra.

When asked what would happen if Singapore proceeded with the execution, Liew had said: “That will be a sad thing. I hope they won't.”