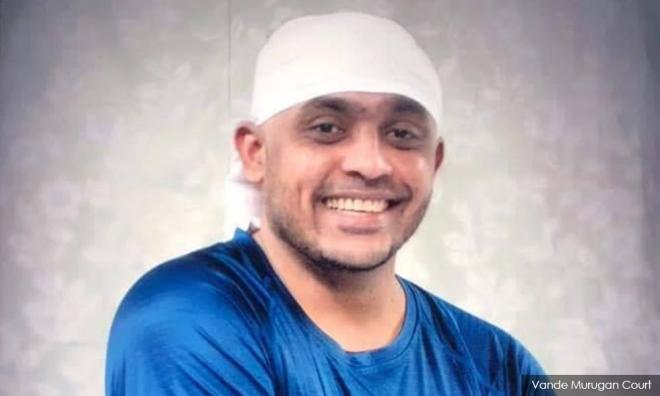 Prabu's final message before execution: Stay away from drugs

In his final hours behind bars, 31-year-old Malaysian Prabu Pathmanathan, who was executed this morning in Singapore, had a message to share.

A series of images taken during Prabu’s final photoshoot in prison was shared on the Facebook page of Singaporean anti-death penalty advocacy group “We Believe in Second Chances” this afternoon, several hours after his reported hanging for a drug trafficking offence.

Prabu wanted the photos to be shared with the public, as he wanted people to know his story and  "hoped to urge people not to be involved with drugs", the group said in the post.

According to the post, Prabu had conveyed the message to a friend who was the last person to visit him, along with his brother.

On Twitter, Singaporean journalist-activist Kirsten Han said she was informed by Prabu’s friend that the photographs were taken last night.

“From what I know, the prison asks the family to buy/bring the inmate civilian clothes, then they do a photoshoot at some point in the week before execution.

“The photos are then given to the family,” said Han.

The images showed Prabu dressed in a blue T-shirt and white headwrap.

He appeared calm in several photos, while he was captured with a wide smile in others, including one where he held a copy of the Hindu scripture Bhagavad Gita.

Lawyer N Surendran, who represents Prabu's family, said the execution was in breach of due process.

Surendran, who is also Lawyers for Liberty’s advisor, previously claimed that there were doubts concerning the drug trafficking conviction and noted that the vehicle in which drugs were found was driven by another person, and not Prabu.

Prabu was sentenced to death for committing several acts preparatory to and for the purposes of trafficking 227.82g of diamorphine or heroin into the island state on Dec 31, 2014.