COMMENT | Ever since Prime Minister Dr Mahathir Mohamed’s speech to the United Nations General Assembly on Sept 28, 2018, where he announced that Malaysia would accede to the six international human rights instruments to which it is not yet a party, attention has been focused on the implications for national laws and policies.

In this regard, I wish to look into a major argument currently being touted by those opposed to the idea that Malaysia should accede to the International Convention on the Elimination of All Forms of Racial Discrimination (Icerd), namely that it would offend Article 153 of the Federal Constitution.

For those not familiar, Article 153 is often referred to as the provision that protects "Malay rights" or "bumiputera rights". This in itself is a misnomer, because the word "bumiputera'"does not appear in Article 153, nor in fact anywhere in the Federal Constitution.

...safeguard the special position of the Malays and natives of any of the States of Sabah and Sarawak and the legitimate interests of other communities in accordance with the provisions of this Article.

Article 153(2) addresses the specific areas for which the  Agong is required to:

The provisions of Article 153 of the Federal Constitution thus focus purely on three areas: employment in the public service, educational privileges and special facilities, as well as trade permits or licences. It should be noted, in passing, that the famed "bumiputera discount" for housing is not provided for in the article.

The provisions also refer to “the reservation… of such proportion as he may deem reasonable…” This appears to anticipate a scheme of quorum for the three communities mentioned, and not how it has been practised of setting a quota for other communities. The reference to “such proportion as he may deem reasonable” would also argue against a total exclusion of other communities, whether in terms of entry into academic institutions, or the grant of business licences such as Class F contractors.

'No one left behind'

If a modern phrase could be utilised to describe the intent of Article 153, it is “no one left behind”, the current slogan of the UN Agenda 2030 and the Sustainable Development Goals.

The provisions are intended to ensure that “Malays and the natives of any of the states of Sabah and Sarawak” are not neglected, but instead positively included as participants in and beneficiaries of the progressive development of the country. Such an aim should come as no surprise, and is similarly reflected in Icerd itself. 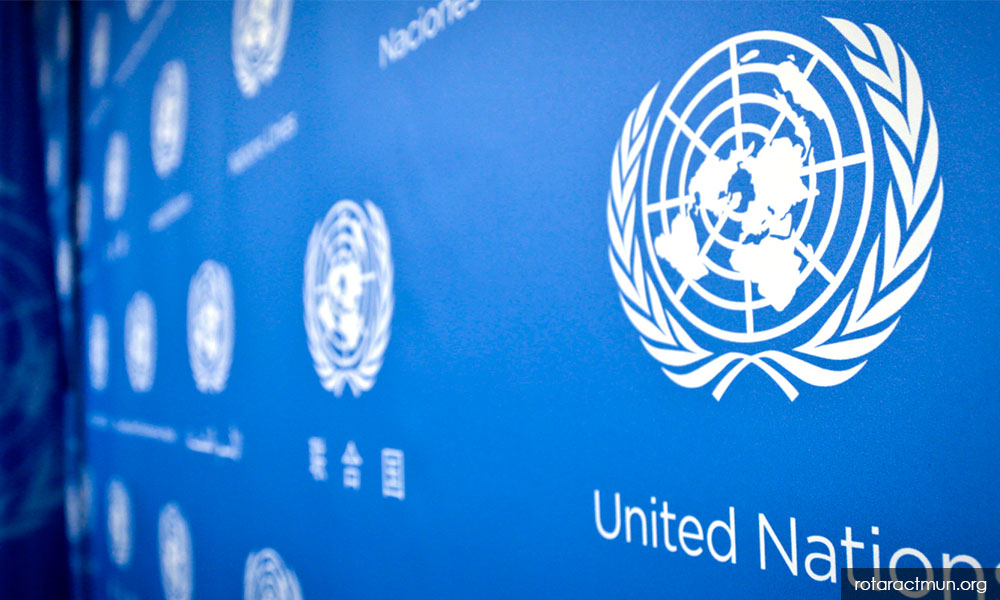 The Icerd, which was adopted by the UN General Assembly on Dec 21, 1965, and its precursor, the UN Declaration on the Elimination of All Forms of Racial Discrimination (adopted Nov 20, 1963) were both born of ideals of the post-colonial era of the 1950s and 1960s, which sought to lift newly-independent countries from the ravages of colonialism.

Colonialism was identified with the rule of the minority over the majority and with philosophies of segregation, discrimination and racial superiority. The year 1965, in fact, saw the adoption of the Unilateral Declaration of Independence by white minority-governed Rhodesia led by Ian Smith, which went against the flow of the post-colonial independence movement, both in Africa and elsewhere. The provisions of Icerd particularly prohibit apartheid, which was practised at that time in Rhodesia and South Africa.

For this reason the definition of “racial discrimination” set out in Article 1 of Icerd reads:

In this Convention, the term "racial discrimination" shall mean any distinction, exclusion, restriction or preference based on race, colour, descent, or national or ethnic origin which has the purpose or effect of nullifying or impairing the recognition, enjoyment or exercise, on an equal footing, of human rights and fundamental freedoms in the political, economic, social, cultural or any other field of public life.

I have no doubt that it is because of this definition of “racial discrimination” that those opposed to Malaysia acceding to Icerd say that this would violate Article 153.

However, the drafters of Icerd were not oblivious to the reality of the on-going detrimental consequences of colonialism. Colonialism may have been ending, but the effects of colonialism on indigenous or national populations remained.

The international community of the day was not unaware and unconcerned that decades of colonial repressive laws had created an underclass of marginalised and alienated communities that suffered under policies of segregation, discrimination and racial superiority. As such, Article 1(4) of Icerd was thus included:

Special measures taken for the sole purpose of securing adequate advancement of certain racial or ethnic groups or individuals requiring such protection as may be necessary in order to ensure such groups or individuals equal enjoyment or exercise of human rights and fundamental freedoms shall not be deemed racial discrimination, provided, however, that such measures do not, as a consequence, lead to the maintenance of separate rights for different racial groups and that they shall not be continued after the objectives for which they were taken have been achieved.

States Parties shall, when the circumstances so warrant, take, in the social, economic, cultural and other fields, special and concrete measures to ensure the adequate development and protection of certain racial groups or individuals belonging to them, for the purpose of guaranteeing them the full and equal enjoyment of human rights and fundamental freedoms. These measures shall in no case en tail as a con sequence the maintenance of unequal or separate rights for different racial groups after the objectives for which they were taken have been achieved.

In the public discussion thus far advanced by those opposed to Malaysia’s accession of Icerd, there has been no reference to the provisions of these two articles.

Viewed from the perspective of Articles 1(4) and 2(2) of Icerd, Article 153 is not inconsistent with the aims of Icerd since it seeks to bring about effective or substantive equality, and not merely formal or superficial equality.

As mentioned earlier, temporary special measures of this nature which attempt to correct historical injustices and realign socio-economic trajectories would have been perfectly understood by the drafters of the Federal Constitution when drafting the constitution of then Malaya, and subsequently included in that of Malaysia.

It is only when the provisions of Article 153 are (mis)interpreted as permanently entrenching "Malay rights" or "bumiputera rights" would it be inconsistent with the aim of Icerd. Once these communities are able to hold their own, the need for the “leg up” provisions of Article 153, or, to recall the late deputy prime minister Ismail Abdul Rahman's famous reference, a “golfing handicap”, would no longer be required.

There is no need, and certainly no warrant, to remove Article 153.

Looking forward, when it comes to new educational or training opportunities, or green-field trading or business ventures, there may be instances when the provisions of Article 153 may need to be invoked to ensure that none of the three communities are left behind.

But with respect, anyone attempting to re-interpret the provisions of Article 153 to argue that those provisions are intended to be permanent and everlasting in any and every case are, in my opinion, doing great violence to our Federal Constitution.

Even within the three communities mentioned, the large intra-ethnic disparity of socio-economic development would serve as an argument against broad-based policies that do not distinguish between different levels of progress and need within each community.

Given limited resources, assistance, as anticipated by the provisions of Article 153, would best and wisely be concentrated towards those who possess a genuine need for assistance, as opposed to those who are merely members of the community, regardless of how economically well-off they may be.

My conclusion is that acceding to Icerd would not be inconsistent with the provisions of the Federal Constitution of Malaysia.

I would strongly encourage the government to proceed with its stated intention to accede to Icerd without the need to enter any reservations, and having received the approval of the Dewan Rakyat for the prime minister’s speech to the UN General Assembly to be the basis for Malaysia’s new government’s policies.