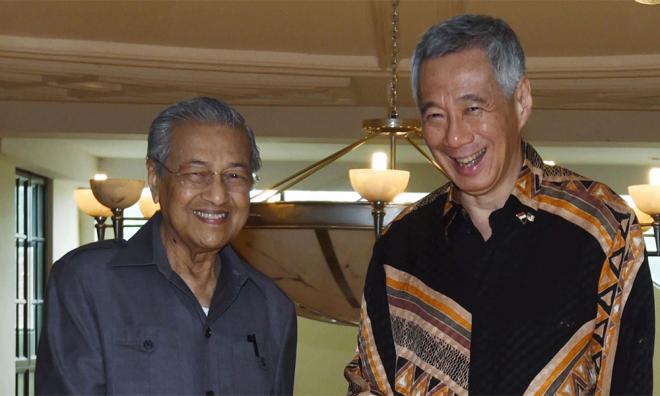 Editor's note: An earlier version of this report had erroneously stated that it was Singapore that postponed the retreat unilaterally. Singapore has since clarified that the postponement was sought by Malaysia. Malaysiakini regrets the error.

Prime Minister Dr Mahathir Mohamad said he was unaware that the 9th Malaysia-Singapore Leaders' Retreat has been postponed.

"This is the first time I heard about it. I didn't read the news," he told reporters after officiating the Anti-Corruption Summit 2018 in Kuala Lumpur.

Singapore's foreign affairs ministry appeared to have unilaterally announced the decision to postpone the meeting two days ago.

Mahathir was originally supposed to host his Singaporean counterpart Lee Hsien Loong in Putrajaya sometime next month although no date was fixed.

However, the two leaders are expected to meet each other during the 33rd Asean Summit in Singapore between Nov 11 and Nov 15.