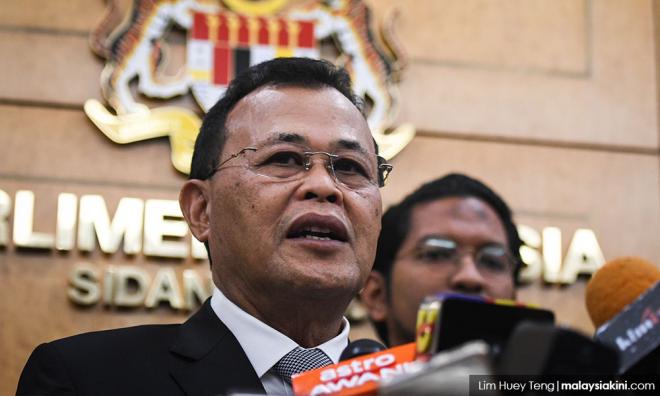 M'sia-S'pore third bridge proposal to be discussed next month

The proposal to build a third bridge linking Johor to Singapore will be discussed by the Johor government in the Malaysia-Singapore joint ministerial committee (JMC) meeting in Singapore next month.

“It is important to solve the problem of traffic congestion experienced by Johor at this juncture.

“If something is not done now, I think it will never ever be resolved. If people say the government is being wasteful when the economy is uncertain, I do not think it’s a waste but I do not want to say anything further because it has already been commented on earlier,’ he said when asked about the issue.

He was met by the media after meeting members of the Johor Community Development Department (Kemas) at Dewan Raya, Taman Bukit Indah in Johor Bahru yesterday.

The proposal to build a bridge from Sungai Rengit, Pengerang in the Kota Tinggi district to Pulau Ubin, Singapore was submitted by Osman at the end of August.

This is to reduce traffic congestion at the Johor Causeway and the Malaysia-Singapore Second Link (Linkedua) as well as in line with Pengerang's current rapid development.

Commenting on another issue, Osman said there was support for the proposal by Minister in the Prime Minister's Department Mujahid Yusof Rawa to streamline and coordinate syariah laws nationwide.

This is because the implementation of syariah laws previously experienced some constraints because each state had different syariah laws.

Meanwhile, state government employees have been cautioned not to become overly active in politics or they would have to face stern action.

Osman, who issued the warning, said they had to abide by the civil service regulations.

As civil servants, they have to be loyal to the government that has a mandate from the people and not to individuals,” he said today.

According to Osman, many who supported the previous government had been given an ultimatum either to quit voluntarily or remain with the elected government of the day.