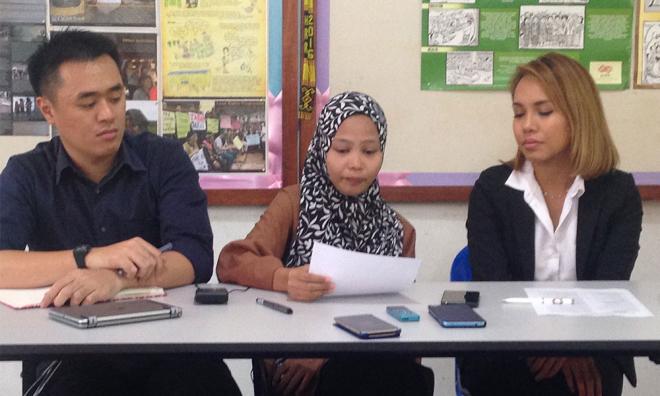 More complaints have surfaced against a teacher in Kota Belud, Sabah, who was sued by a former student for allegedly not coming to class for seven months.

Two individuals claiming to be former students of SMK Taun Gusi posted their grouses on the 1Sabah Facebook page.

Commenting on a Malaysiakini article about the case, Velnie Aine Ringgan claimed to have experienced a similar predicament.

“In my experience as a former student at SMK Taun Gusi who was taught by the teacher in question when I was in Form Four and Five, I have indeed been through the same situation.

“The teacher rarely came to class, especially the bottom classes...,” she wrote.

Similarly, Omar Ewin said the claims stated in the lawsuit were true.

“In a year, the teacher would only come into our class two or three times,” he added.

Yesterday, Malaysiakini reported that Nafirah Siman had sued her Form Four English teacher Jainal Jamran for failing to ensure she was taught the language and violating her constitutional right for access to education.

In her lawsuit, Nafirah claimed that Jainal had failed to turn up to teach English from February 2015 until October 2015, except for one week when the Education Ministry and state Education Department officials visited the school.

Despite multiple complaints, she claimed the authorities - the Education Ministry, the state Education Department and headmaster Suid Hanapi - had failed to take action.

Nafirah further claimed that the headmaster had tried to cover-up Jainal’s absenteeism by asking the latter to “fabricate” his attendance to show he was only absent for two months.

The headmaster was also alleged to have intimidated students to give favourable comments about Jainal.

Meanwhile, Sabah Education director Maimunah Suhaibul told The Star Online that her department was looking into the case but declined further comment as it had become a court matter.

"This has become a court case, and I cannot comment further. Rest assured that we are doing what is necessary,” she said.

Whereas state education and innovation minister Yusof Yaacob said he was monitoring the case closely despite it being under the purview of the federal Education Ministry.

Deputy Education Minister Teo Nie Ching told newswire Bernama yesterday that she was awaiting a detailed report about the lawsuit from Maimunah’s department.

"If indeed there was a complaint filed but was not given due attention, I feel we should check where the mistake or wrongdoing was committed, if any,” she said.

Checks with the Education Ministry found that the report in question had yet to be presented to Teo or minister Maszlee Malik.