COMMENT | MTUC notes with interest the budget proposals addressing some salient concerns of the B40 group although the minimum wage increase is not up to its expectation of being RM1.800. In view of the many relief measures granted to B40 together with the minimum wage raised to RM1,100 it gives some measure of relief to the concerns raised at the Gabungan Bantah 1050 coalition.

Accordingly, taking into account the overall relief measures granted to low-end society, especially the B40, MTUC welcomes the government's commitment in assisting the needy sector despite the burden of the state debt which has risen to RM1trillion as announced by the Pakatan Harapan government.

It is encouraging that the government has proposed a one-off grant of RM1,000, child care subsidy of RM120 per child up to four children, unlimited monthly travel pass of RM100 on public transport and the Penang and Singapore toll abolishment for motorcycles which will cushion the rising cost of living.

MTUC is happy that after many years, the budget has realistically set aside some allocations to relieve the trying conditions of the B40 which is no doubt a progressive step forward in assisting this vulnerable section given the extremely trying economic conditions.

It is encouraging to note that the government has given reasonable consideration to the needs and heard the voices of the poor workers. In this respect, it needs to be placed on record that the Gabungan Bantah 1050 coalition did, in fact, play a vital role in focusing the attention of the government in respect of the concerns of the B40.

It is also encouraging to note that the minimum wage is now increased to RM1,100. Accordingly, MTUC takes pride in expressing its gratitude to all organisations of the Gabungan Bantah 1050 coalition and unions which did, in fact, make it possible for the low-end society to get relief after a lengthy interval. MTUC also wishes to place on record its sincere appreciation for the government for seriously giving an ear to the voice of the Gabungan Bantah 1050 coalition.

We are hopeful that the government will seriously consider a meaningful minimum wage increase at the next review in order to ensure a decent living.

However, we note that the M40 segment's concerns have not been adequately addressed in this budget given the fact that Malaysia has reached the middle-income trap. In that context, the M40 category, too, needs to be taken care of to ensure reasonable living standards and given the overall pattern of the 2019 budget proposals, we believe that the government will be committed to addressing the concerns of the society in a broader sense in the long run. 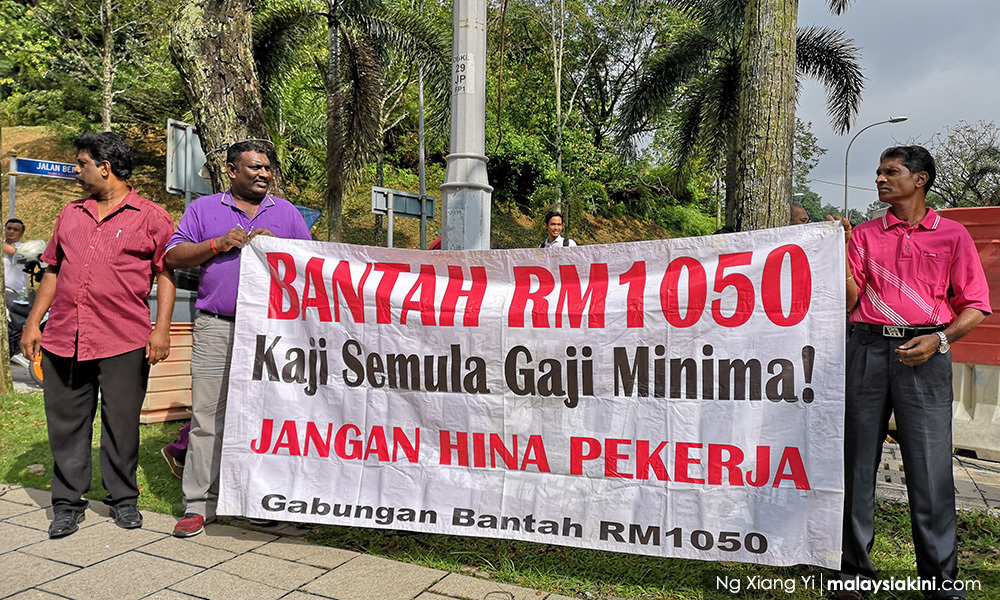 In that context, if the economy recovers it is always possible to offer better living conditions to B40 and M40 even before the next review or the budget.

It needs to be emphasised that in the economic, cultural and social development of a country, all stakeholders need to play an equal or a reasonable role instead of solely depending on the government to subsidise everything and anything.

Therefore, it is time for the Malaysian Employers Federation to advise its members to now seriously consider a mind change instead of simply threatening the government for litigation against the increase of the minimum wage in a sincere effort for equitable wealth sharing among Malaysians.

What right do the employers have to sue the government against the budget proposals? If at all the government is to be sued, it is the unions which could have done so due to the loss of an enhanced minimum wage due to the two-year delay in implementing the review. However, it needs to be impressed upon the MEF that the unions were responsible enough not to resort to such low levels given the new government’s complex status arising out of the previous government’s kleptocracy.

The employers have been pampered over a long period of 61 years enabling unjust enrichment and accumulation of huge wealth among a few thereby creating huge income and wealth disparity. The MEF’s claim that the decision to further increase the minimum wage would impact the cost of doing business and is unfair to employers has no justification but is simply comical.

Therefore, it is time that the employers act more responsibly in supporting the government in its efforts in regularising the equitable development concept.

Accordingly, the employers should now seriously consider implementing the Cola (Cost of Living Allowance) of RM300 to cushion the rising cost of living due to the prevailing conditions of the government’s financial position until such time the economy improves which will eventually boost business as well. 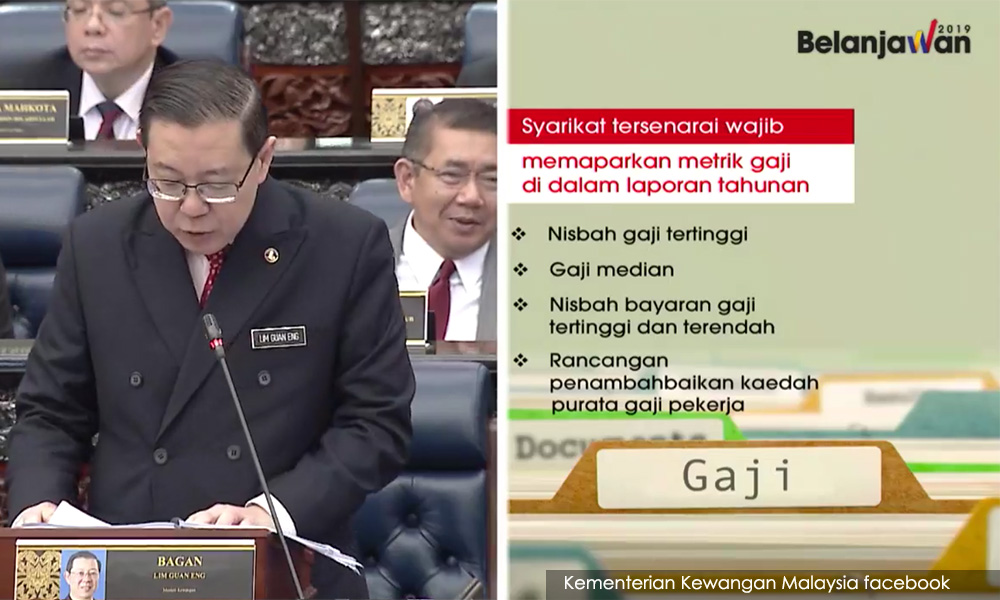 Meanwhile, the minimum wage announced by the government does not necessarily mean that the wages should be restricted to RM1,100. It is the minimum and any extension beyond that is the onus of the employers. Therefore, employers also need to be responsible enough to play their role to narrow down the ever-increasing income inequality in Malaysia.

We are at a loss to understand on what basis the MEF claims that it was not consulted in the announcement of the RM1,100 minimum wage when it made no comments whatsoever at the time of announcing RM1,050 when MTUC together with other Gabungan Bantah 1050 protested against it. The increase to RM1,050 of the minimum wage was, in fact, their proposal while MTUC proposed RM1,800.

The irony is that when the MEF’s proposal for RM1,050 was initially announced by the government, it was very well received by them and they kept mum. The government making a further upward revision of RM50 becomes unlawful to them. We cannot comprehend MEF’s double standard attitude and it is nothing but sheer hypocrisy in handling their affairs. In fact, the technical committee of the NWCC quoted more than RM1,050 as the minimum wage.

The MEF’s concern about higher remittance of the ringgit to the source countries of the foreign workers is ridiculous. If the employers are seriously concerned about the ringgit outflow, they should without delay curtail the intake of foreign workers and accommodate local workers in their place with living wage structures. Moreover, employers will not be subject to any levy payments and other hardships.

We are extremely happy that the government has, in a more pragmatic and a progressive move to reduce the income and wealth distribution disparity, compelled public-listed companies to publish wage ratios in their companies.

It is a timely move in the context of an ever-increasing income inequality, which will eventually expose the few of those in the top management who share the booty among themselves alone without any consideration for the large majority of workers and thus causing huge income inequality.