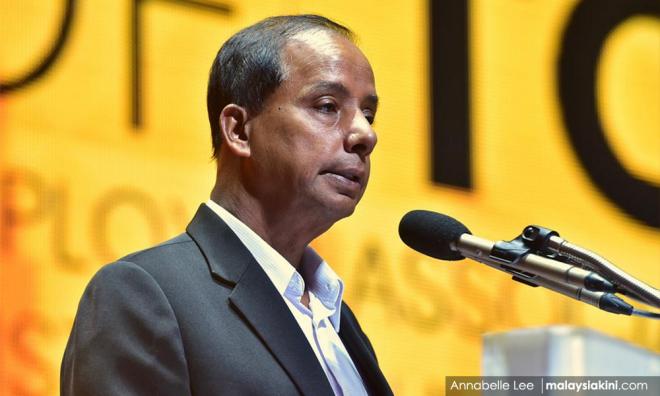 Human Resources Minister M Kulasegaran today alleged that a large amount of money belonging to the Human Resources Development Fund (HRDF) had been diverted and misused for the personal benefit of a few individuals.

Kulasegaran had said the money, "running into millions", was used to purchase properties, as well as to pay the salaries and bonuses of the select few, in some cases without the knowledge of the board of directors.

The minister made the allegations when commenting on the HRDF's Governance Oversight Committee report today at a town hall with employer associations and registered employers in Kuala Lumpur.

The HRDF, an agency under the Human Resources Ministry, is entrusted with creating a skilled labour force.

In a copy of his speech sent to the press, Kulasegaran said: "That has been the basic foundation on which the HRDF was set up.

"However, along the way, these requirements and objectives took a backseat, and the fund was diverted to activities which were less impactful to the local workforce.

"It was found that there were some elements of fraud in the use of the fund."

Kulasegaran further claimed that "evidence" pointed to several training providers and certain HRDF management personnel as among those misusing the fund under the guise of training.

"In these instances, the HRDF board was only informed after the money was spent.

“We will pursue these parties through civil and criminal proceedings,” his speech read.