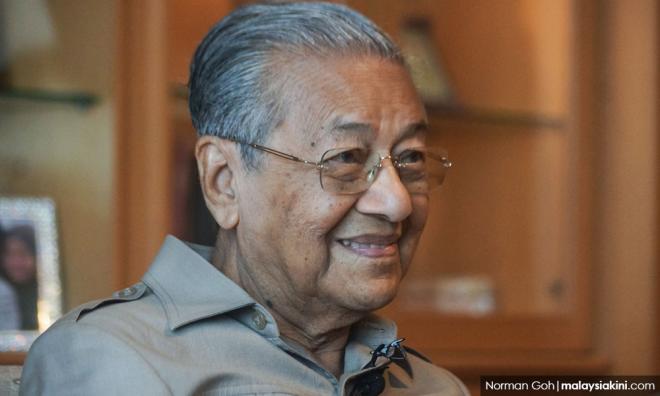 Prime Minister Dr Mahathir Mohamad will lead the Malaysian delegation to the 33rd Asean Summit and related summits from Nov 13-15 in Singapore.

Officials from the Prime Minister’s Department as well as Wisma Putra and the International Trade and Industry Ministry will also be present.

The theme of the summit, 'Resilient and innovative Asean', encapsulates the vision for the bloc to be united amidst growing uncertainties in the global strategic landscape, Wisma Putra said in a statement.

Mahathir arrived at 8.40am today in Singapore for an official visit ahead of the summit.

His visit to the republic is at the invitation of his Singapore counterpart Lee Hsien Loong, where the two leaders will sit together for the first time for a bilateral meeting, to be held at The Istana.

A welcoming ceremony will be held for Mahathir at the Ceremonial Plaza, after which he would pay a courtesy call on Singapore President Halimah Yacob.

Lee and his wife, Ho Ching will then host an official lunch for Mahathir and Siti Hasmah and then attend the Asean Business Awards 2018 Gala Dinner at The Ritz Carlton.

Mahathir is also scheduled to meet the Malaysian diaspora in Singapore at Shangri La Hotel.

The summit will also give the leaders an opportunity to exchange views on the future direction of Asean and its conduct of external relations, as well as discuss important regional and international issues, read the statement.

The prime minister together with other Asean leaders will also participate in the Asean Plus Three Summit, the East Asia Summit and Asean Plus One Summits with Australia, China, India, Japan, South Korea, Russia and the United States.

He is also expected to deliver the keynote speech at the Asean Business and Investment Summit 2018 (ABIS) at Marina Bay Sands.

The event will focus on reviewing and identifying issues to facilitate and promote economic cooperation and integration.

The leaders are expected to issue a joint statement on the RCEP negotiations and note the report by RCEP ministers to them.

Mahathir is expected to hold several bilateral discussions with his counterparts from Asean-member states and dialogue partner countries on the sidelines of the summits.