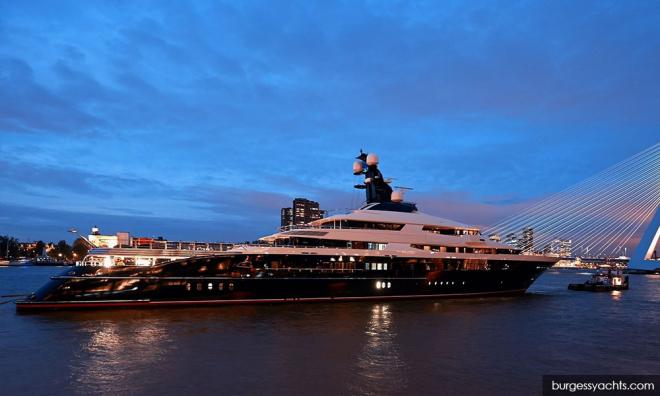 1MDB lawyer Jeremy M Joseph has confirmed that the Equanimity is in Langkawi until the bidding process for the superyacht ends on Nov 28.

The vessel arrived at the island earlier today, after sailing from Port Klang yesterday.

"The Equanimity was relocated to the navy base in Langkawi, in the best interests of the safety and preservation of the vessel.

"Langkawi is a suitable environment for prospective buyers to visit the vessel where she is safe, in calm blue waters, and against a picturesque background.

"The vessel will be there until Nov 28," he told Malaysiakini when contacted.

The bidding process for the Equanimity began on Oct 28, with interested buyers having to lay down a US$1 million deposit. According to Joseph, bidders can view the vessel and make bids once this deposit is paid.

On Oct 19, the Kuala Lumpur High Court ruled that 1MDB Energy Holdings Ltd and 1MDB Global Investment Ltd are the rightful owners of the Equanimity.

No other parties challenged the ownership of the luxury vessel, allegedly purchased by 1MDB-linked fugitive financier Low Taek Jho.

Upon the sale of the vessel, the proceeds will be distributed and paid to 1MDB Energy Holdings and Global Diversified Investment Company.

According to the US Department of Justice, the Equanimity was bought by Low using US$250 million siphoned from 1MDB, and is owned through Equanimity (Cayman) Ltd, which her controls.

Malaysian authorities took custody of the vessel on Aug 6, after it was earlier seized by their Indonesian counterparts. It arrived in Port Klang on the following day, where it was moored until yesterday.

The government and 1MDB claimed in court that 1MDB ought to be the rightful owner of the Equanimity since it had been purchased using funds from the state investment firm, citing allegations spelled out in the DOJ's civil forfeiture suit.

Equanimity Ltd had claimed that ownership of the vessel's future buyers would be called into question as the matter is still being contested in US courts, but Joseph denied this, saying that a judicial sale would provide buyers with a clean title to the vessel.

Burgess, the London-based broker conducting the sale, had likewise indicated that the judicial sale would be free of encumbrances to potential buyers.