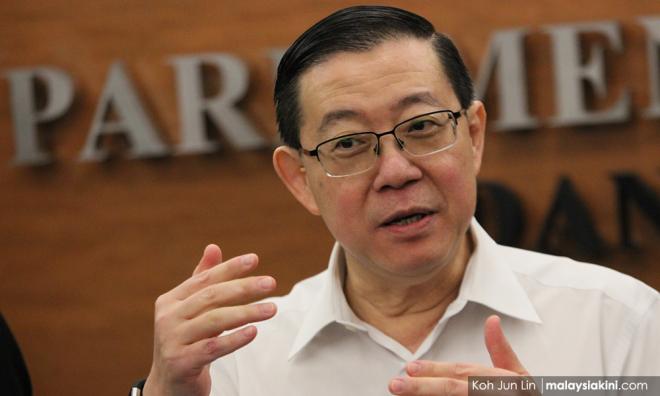 He said this could be seen as Malaysia did not fully benefit from the rising energy prices over the past six months due to a production breakdown in the Kebabangan gas field in Sabah where major repair works are still ongoing.

"The supply disruption has severely affected GDP growth and petroleum income tax revenue received by the government," Lim said in a statement today.

"Given the limited benefits and the less than expected revenue received by the federal government from rising energy prices so far, the continued economic resilience proves that Malaysia is not as dependent on energy prices as in the past," Lim added.

Lim's 2019 budget had been criticised by the likes of former prime minister Najib Abdul Razak, who questioned the move to ask for a special dividend from Petronas next year.

Critics questioned what would happen if oil prices were to drop.

Rating's agency Moody's had also lowered Petronas' outlook from stable to negative because of the special dividend.

The finance minister had assured that the special dividend is a one-off needed to repay arrears in income tax and GST refunds.

A separate review of Petronas by S&P Global Ratings, meanwhile, said the company can afford periodic cash calls from the government as it had solid finances. It also expected oil prices to remain high.