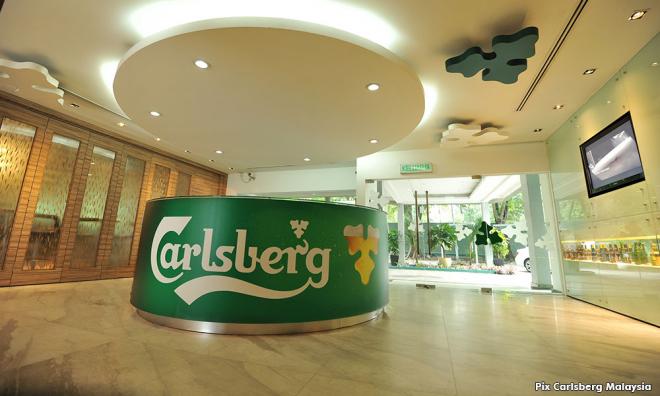 Carlsberg: Samples meant for non-Muslims only

Brewer Carlsberg Malaysia has said that all its sampling activities are strictly meant for non-Muslims of legal age.

This followed the controversy surrounding a man who uploaded a video of himself berating a Carlsberg promoter who was offering free beer samples in the non-halal section of a Kuala Lumpur supermarket recently.

The man has since apologised over the incident.

In a statement today, Carlsberg Malaysia said it prioritised the safety and security of its promoters and that the promoter who was involved in the altercation will not be pursuing the matter further.

“We respect the promoter’s decision not to further pursue the matter. She appreciates the encouraging words and support received from all parties,” said the company's managing director Lars Lehmann.

He added that the promoter had urged the public to respect her privacy and refrain from sharing any photos or recordings of her, and her personal information.

Yesterday, Edi Rejang, whose real name is Mohamad Edi Riyars, held a press conference to apologise for his behaviour in the incident.

He said he had unknowingly entered the section of the supermarket where the promoter was working and said some unsavoury things.

“At the time, I was shopping near the area. I saw the woman promoting the (beverage)… I didn’t notice that place was (the non-halal section). I got angry, took out my phone and recorded the video.

“I am not racist. My kids go to Chinese school and I have Chinese friends,” he said.

Mohamad Edi said this after a meeting with Kepong MP Lip Lip Eng and representatives of PKR, Bersatu and Amanah.

Lim said he would try to contact the promoter and inform her of Mohamad Edi’s apology.

In a related development, lawyer and activist Syahredzan Johan urged Malaysians to move on and stop sharing photographs of Mohamad Edi's family.

"He has apologised. Forgive him. No need to seek your pound of flesh,” he said in a Facebook post.

"We shouldn't hunt down and punish such people and instead ask why such sentiments exist," said Syahredzan, who is the political secretary to DAP parliamentary leader Lim Kit Siang.