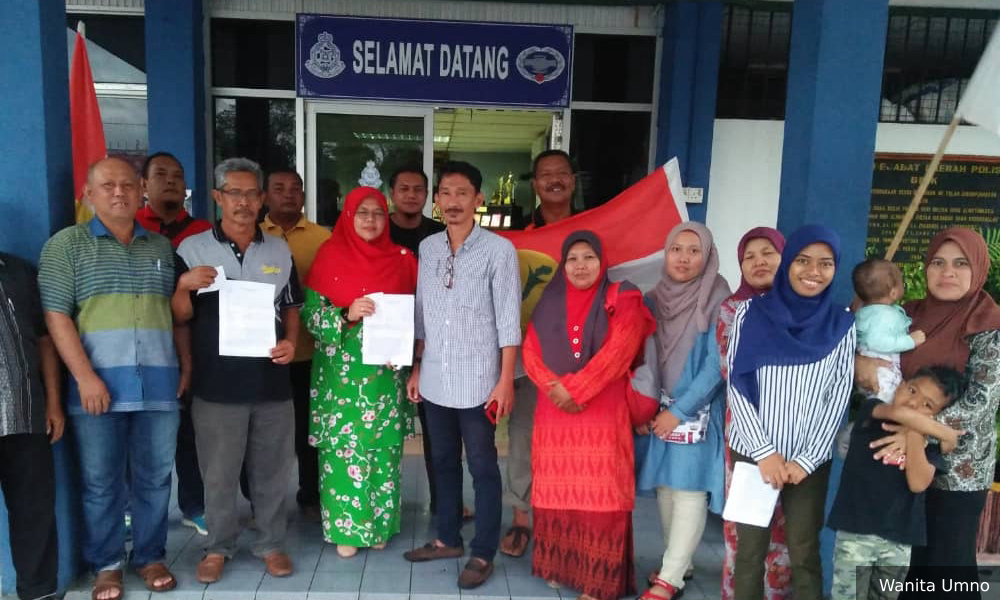 The reports are on a video recording in which the former Hindraf chairperson accused the BN government of discriminating the Indian Malaysian community.

“Wanita Umno will not compromise on his speech, which is seen as inciting, stoking hatred and insulting the BN government,” Wanita Umno chief Noraini Ahmad said in a statement this morning.

She claimed that the recording, which featured Waythamoorthy's interview with a Dutch TV station after the 2007 Hindraf protest, could cause tension among the races and threaten national security.

Noraini also dismissed the minister's allegation of discrimination towards the Indian Malaysian community and that thousands of Hindu temples were demolished as slander against the BN government.

The Parit Sulong MP demanded that Waythamoorthy is investigated under Section 4 of the Sedition Act or any other relevant laws.

Yesterday, Prime Minister Dr Mahathir Mohamad had defended the minister, who is in charge of unity, claiming that the latter no longer holds the same view.

"We all have a past. Like me, I came from Umno. It can't be that just because I was from Umno, now I can't be with Pakatan Harapan.

"But that was then. Now, he is in the government. And he no longer holds on to what he said at the time," Mahathir said.

He added that Wathamoorthy's stand was borne out of extreme disappointment and an attempt to draw international attention to the plight of Indian Malaysians.

Meanwhile, Noraini also urged the minister to resolve the issue concerning the ratification of the International Convention on the Elimination of All Forms of Racial Discrimination (Icerd).

“Wanita Umno is of the view that the Icerd issue has caused division among the people of various races in this country,” she added.