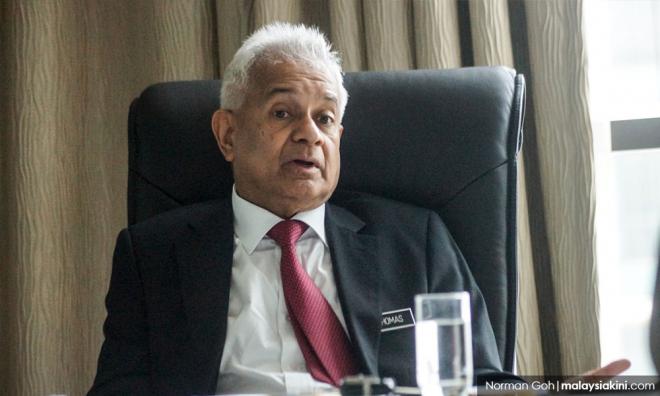 A news report has alleged that attorney-general Tommy Thomas will soon file a suit against investment bank Goldman Sachs over 1MDB, and seek US$4.5 billion (about RM18.89 billion) in damages.

Quoting “official” sources familiar with the preparations of the civil suit, Hong Kong-based news portal Asia Times said that papers will be filed at a United States court.

It also claimed that Thomas will argue that the “highest levels of the bank’s management” had the knowledge of the existence of fraud in its dealings with 1MDB.

“Specifically, the case will argue that senior Goldman executives knew that proceeds from three 2012 1MDB bond issues the bank arranged were funneled into a company, Aabar BVI, that was set up in the British Virgin Islands to resemble a similarly named company, Aabar Investments, belonging to the guarantor of the bonds, Abu Dhabi’s International Petroleum Investment Company (IPIC),” the report said.

The suit will implicate senior bank executives yet to be charged in the US Department of Justice's criminal suit against the bank in relation to 1MDB, it added.

Leissner, the bank’s former Southeast Asia chairperson, was charged with two counts of conspiracy to launder money and conspiracy to violate the US Foreign Corrupt Practices Act (FCPA) in relation to 1MDB.

He has pleaded guilty to the charges, and will reportedly forfeit US$43.7 million (RM183.43 million).

Ng, also a former Goldman Southeast Asia employee, was charged with conspiring with alleged 1MDB mastermind Low to not just to launder billions embezzled from the firm, but also violate the FCPA by bribing Malaysian and Abu Dhabi officials.

Finance Minister Lim Guan Eng previously said that Putrajaya is seeking a full refund of all fees paid to Goldman by the previous BN administration to Goldman.

In a Nov 13 interview with CNBC, Prime Minister Dr Mahathir Mohamad said that Goldman had “cheated” Malaysia over its dealings with 1MDB.

Mahathir said "there is evidence that Goldman Sachs has done things that are wrong."

"Obviously we have been cheated through compliance by Goldman Sachs people," he had said.

Goldman has denied any wrongdoing.