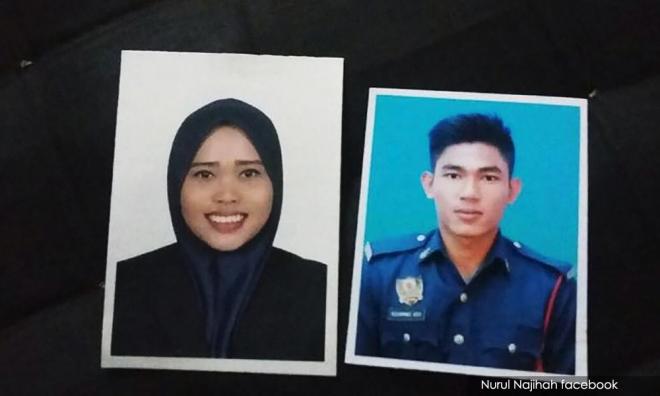 You're strong, wake up – fiancee's message to assaulted fireman

Fire and Rescue Department personnel Muhammad Adib Mohd Kassim, 24, and his fiancee Nurul Najihah were planning to get married next month.

However, Muhammad Adib is now in the Intensive Care Unit after he was set upon by a mob outside the Sri Maha Mariamman Temple in Subang Jaya this morning.

In a Facebook posting, Nurul said she did not have the strength to see her loved one in this condition.

“Pray for my fiance. I do not have a strength to see you like this," she added.

Nurul, who is accompanying her fiance at the private hospital in Subang Jaya, also shared photographs of him on social media.

Muhammad Adib was one of the medical services personnel from the Fire and Rescue Department dispatched to the scene.

The mob had dragged him out of his vehicle and assaulted him, resulting in Muhammad Adib suffering fractures and internal injuries.

Thousands of people had gathered at the temple last night following an altercation the night before involving devotees and a group of intruders.

Calm down, we are here to save lives - Fire Dept chief to rioters

Fire Dept chief: No police around when firemen attacked