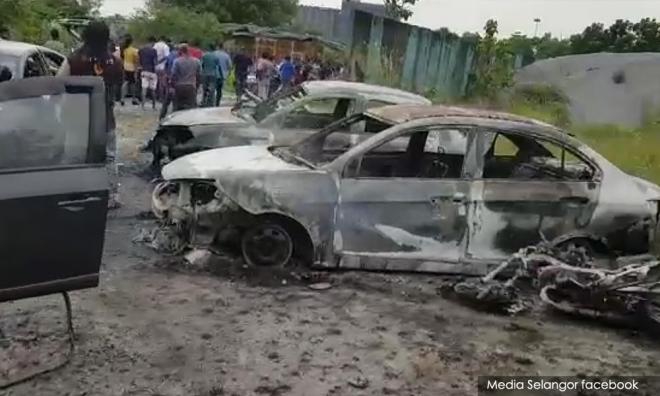 Riots and our racial bias

COMMENT | So much has been said and done over the last few days, about what took place in Seafield (the Sri Maha Mariamman temple in Subang Jaya unrest). Understandably, each one of us has our version to believe.

I saw comments on the internet and viral messages among the non-Malays cursing Umno/PAS for the tragedy. I also saw similar comments and viral messages reminding the Malays how their position had been weakened ever since the current federal government took over.

Comments on Malaysiakini or websites that cater for the urban, (largely) non-Malay readers were as equally bad. In the immediate aftermath, a lot of comments condemned the police authorities for allegedly “allowing” the riot to take place.

There are always two sides of every story. There are different versions of the same event; normally the truth lies in between.

Unfortunately, in Malaysia, each one of us has our own racial and religious bias. What makes it worse, it is always too convenient to point the finger to the other person. We hardly ever look in the mirror and admit that each of us has our racial bias too.

It is so common that many non-Malays I have met (and my encounters with non-Malays is way higher than an average Malay) believe that the racial problem stems only from one side: Malays and Muslims.

Likewise, many Malays (even the most educated ones) still harbour anger and suspicion against the non-Malays, for supposedly marginalizing the Malays (no matter how warped the logic is).

So, when a highly emotive event like this took place, it is very easy for each one of us to be influenced by our racial bias.

It is easy for the Indians and other non-Malays to feel that Malays have conspired to intrude the temple and Malay policemen did not act promptly (in collusion with the thugs).

It is easy for the Malays to feel angry and blame the whole Indian population for what had happened to Muhammad Adib Kassim, the young fireman who is now fighting for his life.

Events like this will repeat in the future. Again, and again, no matter which parties are the federal government. Irrespective of whether PAS/Umno proceeds with anti-Icerd (International Convention on the Elimination of All Forms of Racial Discrimination) rallies, or whether the Pakatan Harapan-federal government ratifies Icerd or not. It will happen so long most of us choose to see everything from a racial perspective.

There are a few things that we can do individually that can make things better.

We must admit that each one of us carries a racial bias that we need to sort out. We cannot continue talking condescendingly about the other group, yet be in denial that we are not any better than them.

Each time an event like this happens or an issue that easily brings racial perspectives into it, we must embrace objectivity and learn to see from the other group’s perspective.

Malays must learn to appreciate the non-Malays' fear and concerns, much in the same way the non-Malays cannot continue to stereotype Malays as being incompetent and stupid (especially when there is a disagreement).

Finally, try to make friends with people from other races. Only this way, we can embrace each other and work on our racial prejudices.

If we give all sorts of excuses and blame everything under the sun for not having a multiracial circle of friends – blame the national school, blame the pork, blame the Taliban but never blame ourselves – then we are the problem.

RAFIZI RAMLI is a former PKR vice-president and MP. This article was first published on his blog.