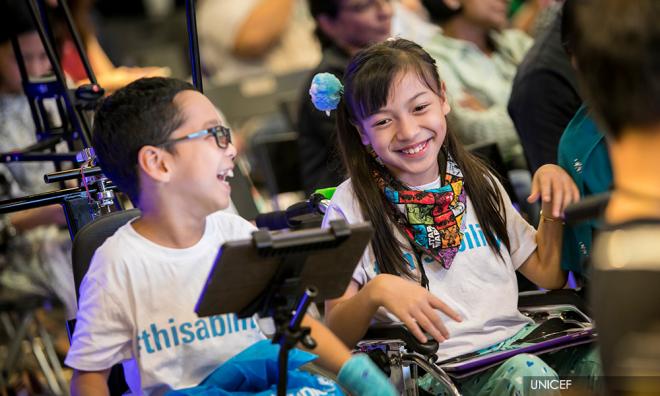 COMMENT | Maya Angelou said, “It is time for parents to teach young people early on that in diversity there is beauty and there is strength.”

Until we can truly embrace, celebrate and not just tolerate what makes us different, we will always be divided. And it is not just race, religion, politics that divide, but how we treat people of all abilities.

Last year, Unicef released a study about Malaysia’s knowledge, attitudes and practice towards children with disabilities. The findings were not great: 22.8 percent thought disability was the result of God’s will, spirits, curses, fault of the parents, punishment, the environment and bad feng shui or karma.

As highlighted by Deputy Women, Family, Community Development Minister Hannah Yeoh, shame and stigma have resulted in families not registering their children as OKU. This has to stop. There’s no shame in having a disability.

Malaysia is running numerous education systems at the same time to supposedly cater to the needs of children with disabilities. Do you know that we have mainstream, special, integrated and inclusive education systems?

Studies from Europe, the US and Australia have proven that it is cheaper to run just one Inclusive Education System that is fit for all children. The International Labour Organisation has estimated that the cost of excluding children with disabilities from mainstream quality education could be up to seven percent of GDP in low- and middle-income countries.

When we put children with disabilities in ‘special’ schools, it is not always in their best interest. By putting them in a ‘special’ school, we exclude them from their peers and from the rest of society. Exclusion leads to segregation, which creates isolation. We will be a society divided, and there will be no social cohesion.

I think the issue is that we use the word ‘special’ too much. We think children with disabilities are ‘special’ but to the point that they need to be separated from everybody else and given ‘special’ things. For instance, they are given a ‘special’ education, ‘special’ friends, a ‘special’ home and ‘special’ jobs.

Disabilities are not the only thing that makes a person with disabilities ‘special’. They have abilities just like everybody else – they want you to see them for their abilities, not for their disabilities. They have rights to the same things as everyone else – education, health, protection and care.

Today is International Day of Persons with Disabilities. To mark this day, we need to stop focusing on our differences. Instead, we should celebrate all that we have in common. Inclusion is every child’s right, not a privilege.

We are all special!

LISA SURIHANI is the Unicef National Ambassador in Malaysia.