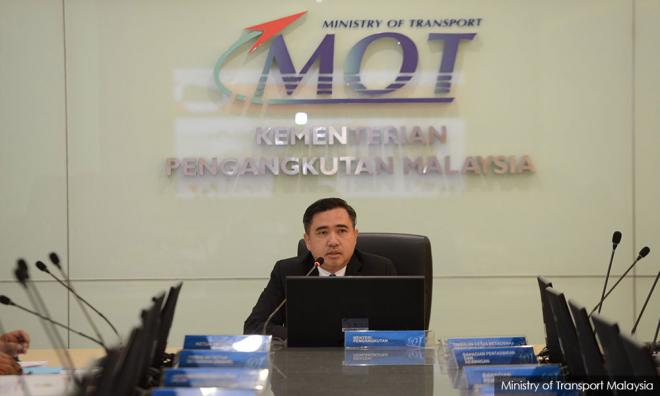 Speaking to reporters after chairing the first National Aviation Council Engagement, he said the government is prepared to meet with Singaporean authorities to begin discussion and negotiations.

"The new government is not taking a confrontational approach. We are not being unreasonable, we are just protecting our rights. We will put forward our position and arguments, backed up by research and legal standing," he said.

Loke was reported saying yesterday that Malaysia is not opposed to the development of Seletar Airport but is saying no to its ILS operating within Johor airspace. He said the government conveyed this message to Singapore on Nov 28 and Nov 29.

Loke said Singapore’s broadcasting of the ILS in the Aeronautical Information Publication (AIP) on Dec 1 which will be enforced on Jan 3, is against the principle of national sovereignty as accorded under the Convention on International Civil Aviation (Chicago Convention 1944).

To a question on whether he would be meeting his Singaporean counterpart, Khaw Boon Wan, to resolve the issue amicably, Loke said there is no immediate plan to do so, but Malaysia is open to hold talks on alternatives and counterproposals.

He stressed that the relationship between Malaysia and Singapore must be based on mutual respect, international law and sovereignty.

He pointed out that the issues were namely the reclamation of the delegated airspace in southern Johor and Seletar Airport's ILS.

“The delegated airspace was given to Singapore in 1974, but it belongs to Malaysia. That agreement has no timeline.

“Now we have building capacity for air traffic control, it is time for us to talk with Singapore on Malaysia's plan to reclaim its sovereign airspace in stages," Loke said.

He added that the plan to reclaim the Malaysian airspace could take several years in order to coordinate the air traffic control service arrangements between the two countries to ensure the safe movement of aircraft.