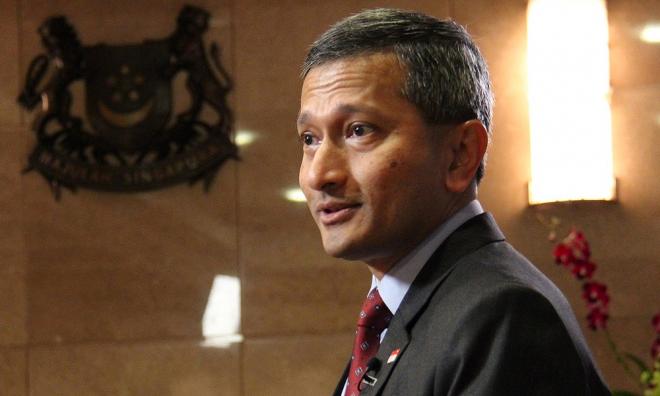 Both should emphasise the importance of maintaining a good bilateral relationship between close neighbours and compliance with international law.

The suggestion was made by Singapore Foreign Affairs Minister Dr Vivian Balakrishnan who earlier spoke with his Malaysian counterpart Saifuddin Abdullah via telephone today.

In a statement, the Singapore ministry said Balakrishnan raised the issue of “Malaysia’s recent purported extension of the Johor Bahru Port Limits (JPL), which encroach into Singapore Territorial Waters off Tuas.”

The statement said Balakrishnan noted that “the JPL now extends beyond even the limits of Malaysia’s territorial sea claim in the area, as set out in Malaysia’s own 1979 map, which Singapore has never accepted.”

“Minister Balakrishnan said despite Singapore’s diplomatic protests, there had been a series of provocative intrusions by Malaysian Government Vessels into Singapore Territorial Waters off Tuas,” said the ministry.

It added that the minister stressed “the urgent need for Malaysia to cease these intrusions so as to comply with international law and to avoid escalating tensions on the ground.”

According to the statement, Balakrishnan also referred to the discussions on airspace issues between transport ministers Khaw Boon Wan (Singapore) and Anthony Loke (Malaysia), as well as the latter’s public comments on the issue.

“Minister Balakrishnan said that it was in the interest of both countries to ensure the safety of civil aviation over our skies.

“Any proposal should ensure that the safety and efficiency of civilian air traffic was not compromised, and remained in accordance with The International Civil Aviation Organization (ICAO) standards, processes, and procedures,” said the statement.

Both airspace and JPL issues came up all at once yesterday.