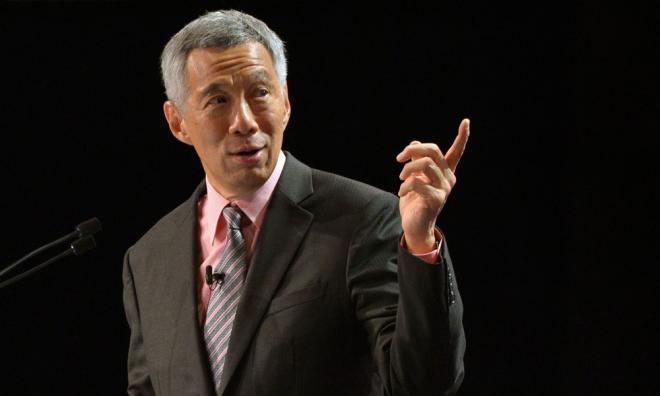 Singapore Prime Minister Lee Hsien Loong has filed a defamation suit against a financial adviser and blogger who shared an article on his Facebook page, Lee’s spokeswoman said yesterday.

The defendant, Leong Sze Hian, said on his Facebook page that he had “merely shared” the article from a Malaysian online news media, The Coverage, about Lee and Malaysia’s 1MDB state fund without adding any comments or changing the content.

He said he was “bewildered” to receive a letter subsequently from lawyers asserting that posting the article was malicious and damaged the reputation of Prime Minister Lee.

“I reject all these allegations categorically,” Leong said.

The legal action comes weeks after the Singapore government demanded Facebook remove a separate post by an Australia-based blogger about Singapore’s banks and 1MDB, which it said was false and malicious.

Facebook rejected that demand, prompting the Singapore government to say the social media giant could not be relied on to filter false information.

Lee’s press secretary, Chang Li Lin, confirmed the prime minister had initiated legal proceedings against Leong for defamation and the matter was in the hands of Lee’s lawyers.

“Mr Lee reserves the right to take legal action against other parties who similarly defame him,” Chang told Reuters.

Leong, a frequent commentator and critic of government policies, did not respond to a Reuters request for comment.

But on his Facebook page, he said he had complied with a government request to remove the post, adding it was “grossly inaccurate” to say he had “made a post which was defamatory of the Prime Minister.”

“This article related to the 1MDB saga. I did not add any comments or embellish the article,” Leong said on Facebook.

1MDB is the subject of money-laundering probes in at least six countries, including the United States, Singapore and Malaysia.

The US Justice Department says an estimated US$4.5 billion was misappropriated from the fund by high-level 1MDB officials between 2009 and 2014.

Former Malaysian prime minister Najib Razak, ousted in an election in May, faces multiple corruption charges in relation to the investigation. He has pleaded not guilty and denied any wrongdoing.