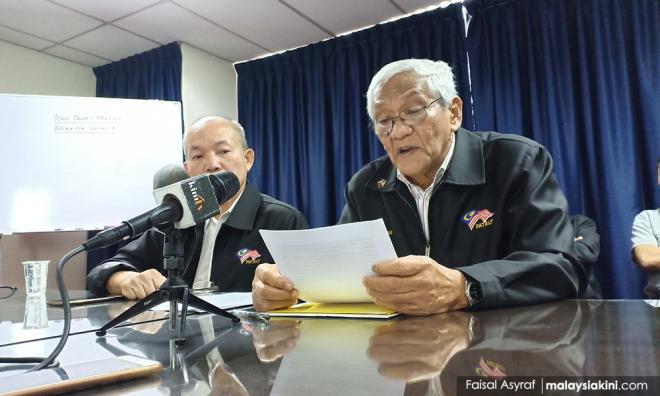 Since when could NSC deploy troops overseas, veterans ask Hisham

"We seek Hishammuddin to explain where it is stipulated in the NSC Act that the NSC is empowered to deploy forces overseas and be part of a force engaged in a war with another country?" Patriot president Mohamed Arshad Raji said in a statement today.

"Is he implying that the NSC is the authority to sanction the deployment of armed forces troops overseas?" Arshad added, asking if Hishammuddin also meant that cabinet, parliament, and the armed forces chief committee can also be bypassed.

Yesterday, Hishammuddin told reporters that Malaysian armed forces' involvement in Yemen for Ops Yaman 2 was approved by the NSC.

He said this when asked whether cabinet had approved the deployment.

In August 2016, the NSC took the form of a statutory body following the passage of the National Security Council Bill 2015.

The law gives the prime minister sweeping powers to declare "security areas" with emergency-like powers without judicial or parliamentary oversight.

However, nothing in the law suggests that the NSC has the power to oversee military deployments abroad.

Arshad reiterated Patriot's view that the deployment to Yemen was illegal as there was no cabinet decision.

He said it also violated international law on military actions, as it was not an act of self defence or helping an ally under attack, nor was it a UN peacekeeping mission.

Forty-two military personnel were assigned to Riyadh, Saudi Arabia, on April 6, 2015, for a mission dubbed Ops Yaman 1, to evacuate Malaysians stranded in Yemen, which was facing civil war.

However, since June 11, 2015, Malaysian military personnel had apparently taken part in logistics missions to aid the Saudi-led coalition's war effort in Yemen. This was known as Ops Yaman 2.

However, he stressed that Malaysian troops were not combatants in the operation.